Tales from the Theatre 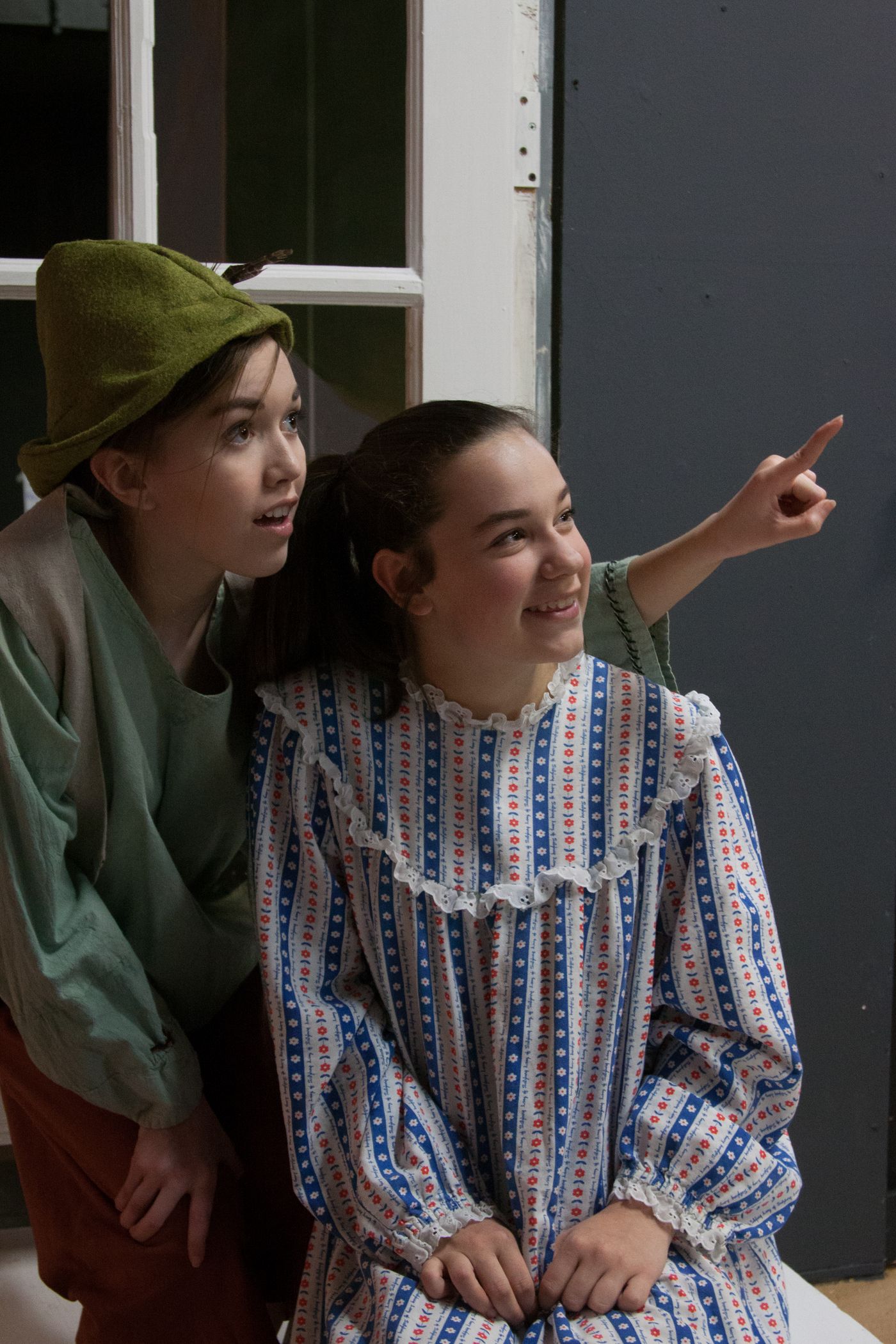 You might’ve seen fourteen year old high school freshman Makaela Cooper play the lead role of Mary in DreamWrights’ recent production of Peter Pan and Mary. Perhaps you were impressed by her poise, her confidence, and her talent. But what you probably don’t know is that like many other kids finding their way today, Makaela has been ridiculed and put down by fellow classmates for years. She has been the target of bullying.

Over time, the pressure from the bullies grew. But, several years ago something great happened. Makaela discovered DreamWrights. She learned about it from a friend and decided to give it a try. After performing in her first production, Miracle on 34th Street, she was hooked. “The first night of the show everybody was nervous,” she remembers. “When I got on stage and the lights hit my face. I could hear the applause at the end and the bows…it was kind of like an addiction. It was something that made me feel special. I could get away from the worries of that day and just really be involved with people who understand how I’m feeling and who ‘get me.’ DreamWrights was like a support system.”

Throughout difficult times, Makaela turns to writing as an emotional outlet and last year, she was presented with a school assignment that would help her put her situation into perspective. She explains, “It was English class. We were told to write a poem about something we loved. Everybody else was writing about food or their dogs and stuff like that. At the time I was being bullied a lot by these two girls who were saying some very nasty things.” Makaela used the project to combine her emotional outlet of writing into the theme of her poem while focusing on her favorite thing – DreamWrights!

Cooper (on left) in Pride and Prejudice in 2016

Makaela says that she typically doesn’t like people to read her writing, but this time she’s happy to share. “I was really proud of this and I thought it was a message I could send to other people. So it makes me feel good to share it with others.” The power of her message is not lost on Makaela’s mom, Andi. “I hope her story gives others the chance to see that they aren’t alone. Being a teen is hard especially in this age of social media.”

Makaela continues to battle the occasional bullies, but her experience has made her stronger and wiser. She firmly believes that kids need to find an outlet or a passion. “Whether it’s acting, playing a sport, or volunteering, find something that gets your mind off of it. Because when I go to DreamWrights, I know that for at least a couple of hours I can just forget about everything. I can be in a place where I’m not surrounded by people who bully me and put me in that situation. Instead, I feel like I can be myself.” Andi is grateful that Makaela has found a home at DreamWrights. “DreamWrights is Makaela’s happy place where she feels loved and accepted for who she is.”

Tales of the Theatre

When I was young,
Say around ten years of age,
Bullies screamed at me in rage
Told me I couldn’t do it

Because they would make sure of it
Hunted me down in the halls
I can still hear their words echoing through the walls
Six hours, five days a week

Yet it never got to me,
For now I felt free,
From the lions that roam the hallways
From the stress of reality
Because for at least two and a half hours
Every weekend,
I got to be someone who I wasn’t
Someone who was brave and stood up for herself

Even if that wasn’t the truth,
Because inside I knew it wasn’t,
Yet for two and a half hours every weekend
It was my truth…

-tales from the theatre
-Makaela Cooper