Excited to Play a Part

Peter Pan and Mary is Grayson Wimmer’s first time in a staged production. Since he is now seven years old, he decided to go out for Peter Pan and Mary, the first DreamWrights show that he could after turning the minimum audition age. “I thought it would be cool,” Grayson exclaims.

Grayson’s Dad, Greg Wimmer, says that Grayson started going to see shows at a young age with his grandmother. He took an early interest in theatre so his parents enrolled him in some camps, like DreamWrights’ Emotions Exploration class in the spring of 2016. Greg explains, “We tried to give him a taste of what it is like to be in a show. So when he expressed an interest in auditioning for Peter Pan and Mary, we totally encouraged it and were shocked and very supportive that he made it as part of the show.”

Grayson landed the adorable role of the Banana Beast in Peter Pan and Mary. A first grader at Ore Valley Elementary School, Grayson says he’s very excited about being in the play and tells his friends about what he’s been working on at DreamWrights. “I tell them I go on stage and I practice. But some of them don’t believe me!” 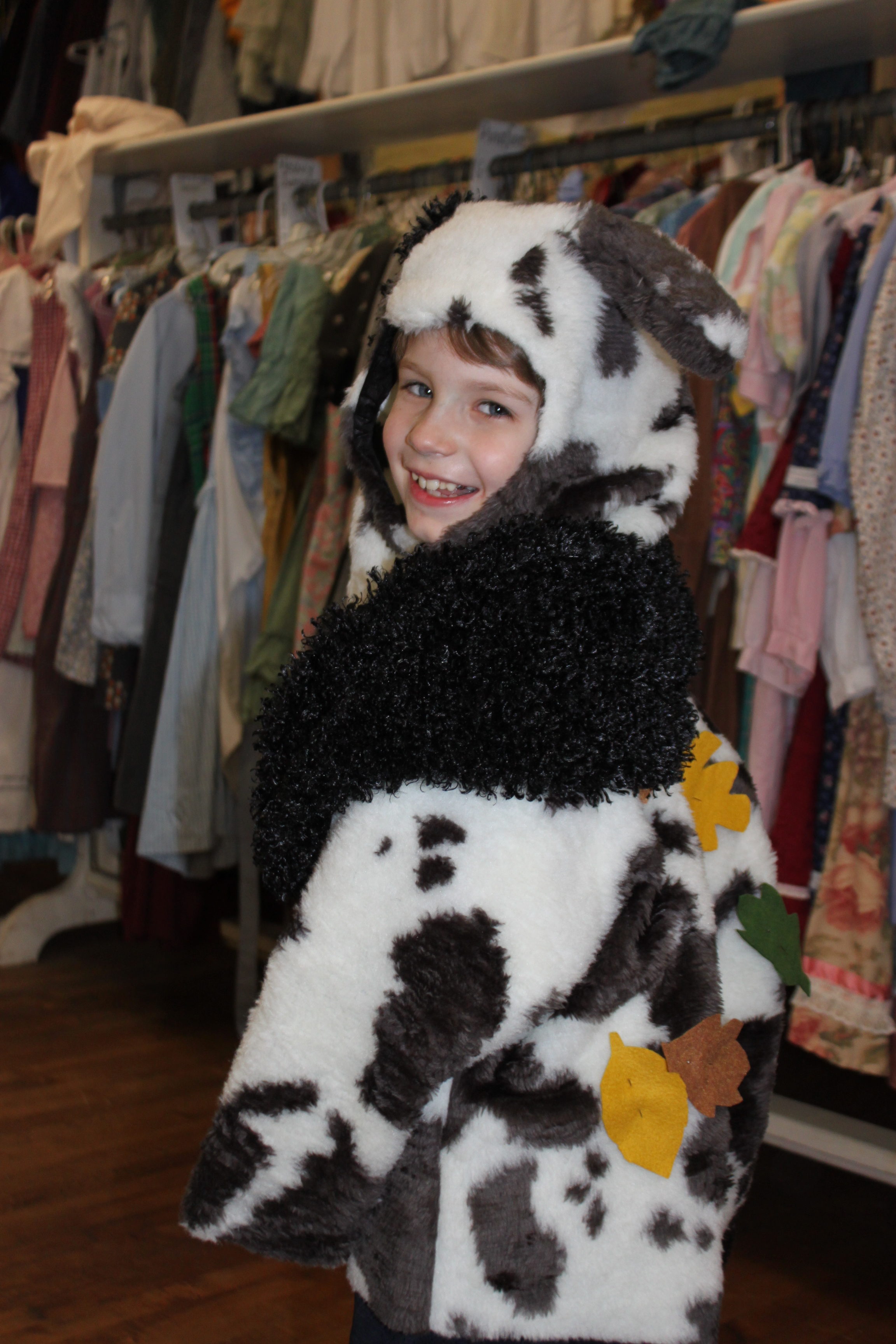 Grayson Wimmer as the Banana Beast

Grayson’s parents are enjoying this new experience. Greg is impressed by the community element at DreamWrights and he reveals that Grayson is excited to work with older kids. “I know that the older cast members have been a really positive influence on his behavior and how he addresses an extra-curricular activity… something other than school. I think that his maturity just over these few weeks has definitely improved but has also created this excitement about being involved in something greater than himself.”