See this #1 New York Times Bestseller on our Stage 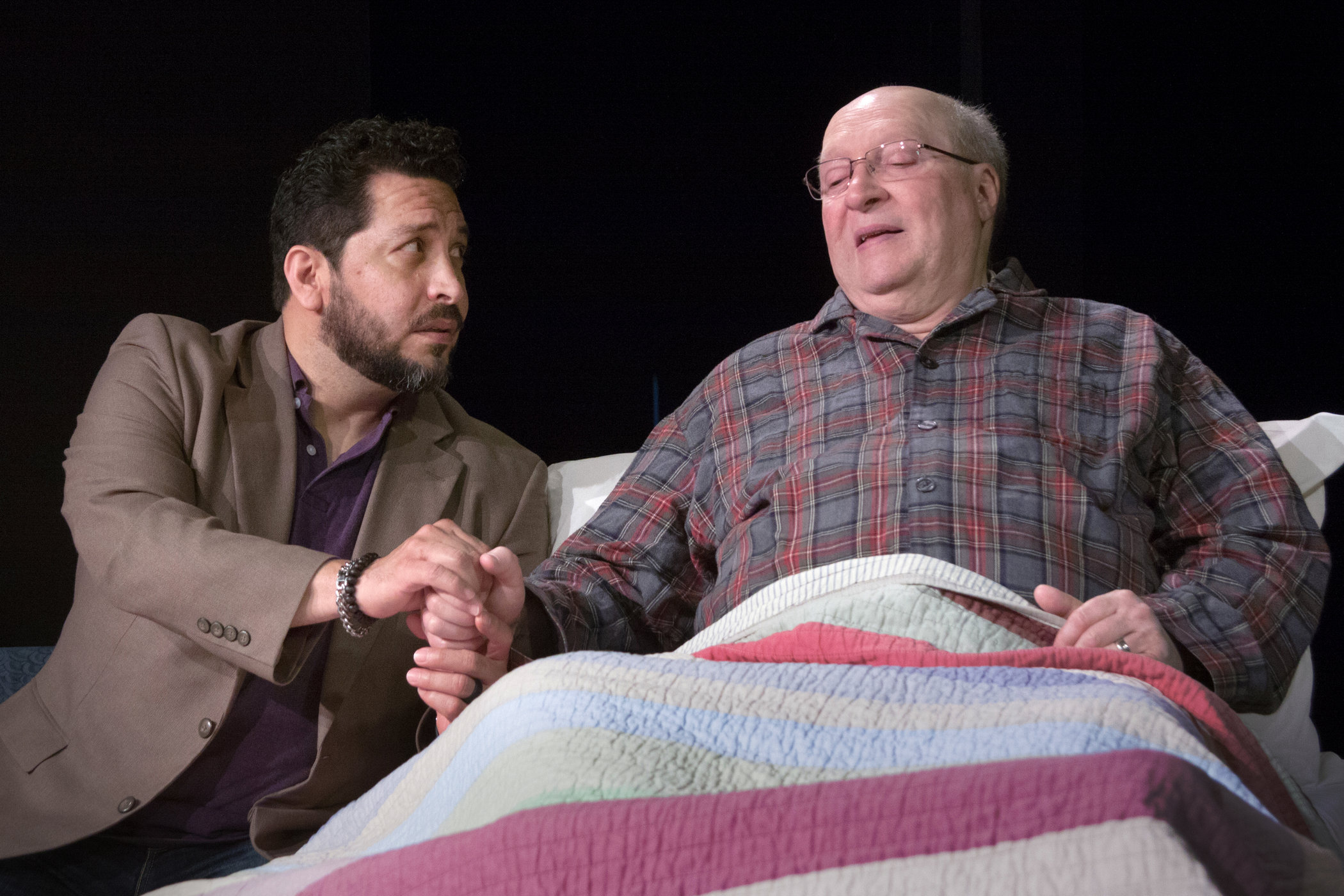 The former No. 1 New York Times Bestseller Tuesdays with Morrie graces the DreamWrights Studio this weekend only with three performances from May 31- June 2. This production of the book by the same title by journalist Mitch Album follows his friendship and conversations with his college mentor – Morrie who was diagnosed with Lou Gehrig’s Disease.

Jaci Keagy is guest directing this two-person production with a just over two week turnaround for the actors from audition to opening night.

As a former high school teacher for 30 years, Keagy has always been drawn to movies and plays about teachers. She read the play back in 2010 and fell in love with it. “It is so inspirational and a tribute to all types of teachers,” she said.

Sixteen years after graduation, Mitch catches Morrie’s appearance on television and learns his former professor is battling Lou Gehrig’s Disease. The two are reunited and what starts with a simple visit turns into a weekly pilgrimage and a last class in the meaning of life.

Even though there are only two characters in the play, Keagy said audience members will be able to identify with them. “I imagine people will be evaluating the quality of their own lives, the things they spend time on and the things they value,” Keagy said.

“I hope people will really embrace some of the philosophies that Morrie expresses in the course of the play about how to live a meaningful life,” Keagy said. “While Morrie does have ALS, this is not just a play about someone dying, it’s a primer on how to live your life.”

That’s why it fits in with DreamWrights’ 2019 season theme – Celebrating Life. “It’s a story about embracing all life has to offer,” Keagy said.

Tuesdays with Morrie opens May 31 and runs through June 2. Tickets are $15 if ordered in advance or $17 at the door. The show is recommended for ages 13 and up. Get tickets and more information at DreamWrights.org. All 2019 studio shows are sponsored by York Traditions Bank.

About DreamWrights Center for Community Arts

DreamWrights Center for Community Arts in York, Pennsylvania serves as an educational theatre and performing arts resource since 1997, and offers opportunities to build character for life. DreamWrights provides creative educational experiences through inclusive intergenerational performance and theatre arts programming. To learn more about how to participate in, or attend one of DreamWrights’ upcoming productions, visit www.dreamwrights.org or Facebook.com/DreamWrights.