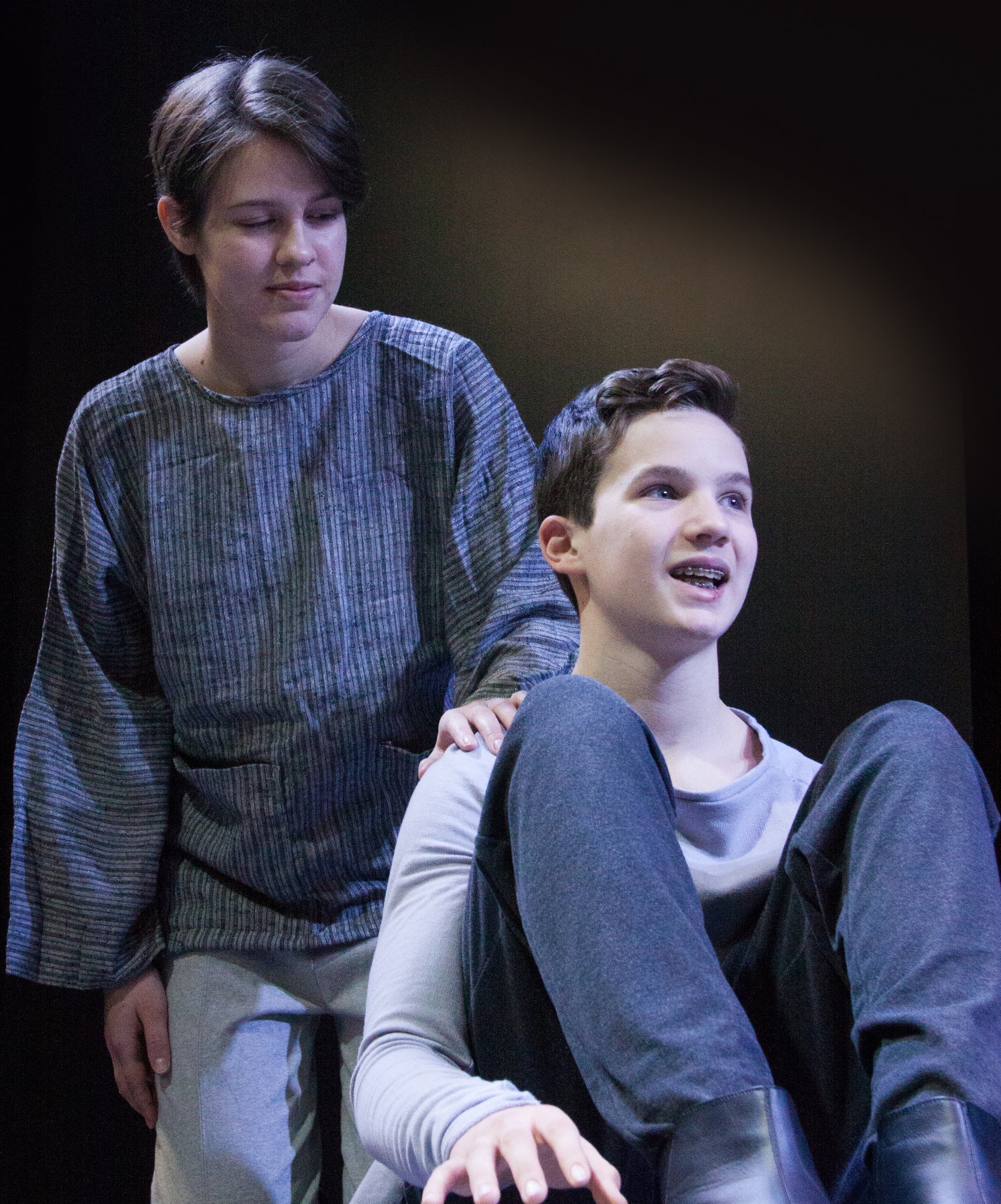 Lilly Einsig and Christopher Beaudoin in The Giver

DreamWrights will stage a live production of Newbery Award-winning story, The Giver. Adapted by Eric Coble from the novel by Lois Lowry, the performance promises to be less of a show and more of an experience. Guest Director, Philip Rooney explains, “We’ve placed the audience right at the center of the action and at times they may feel like they’re playing a participatory role in the community of the play. Many important moments in the play are not the action itself, but rather distant memories of history which the audience will get to experience along with the main character, Jonas.”

Rooney says the most challenging part of bringing this story to life is the constant action. “This play has no full blackouts and the character of Jonas is onstage at all times. This means timing is crucial from beginning to end.” But Rooney says his cast is rising to the challenge and the performers have been picking up on that and helping each other to find their rhythm. 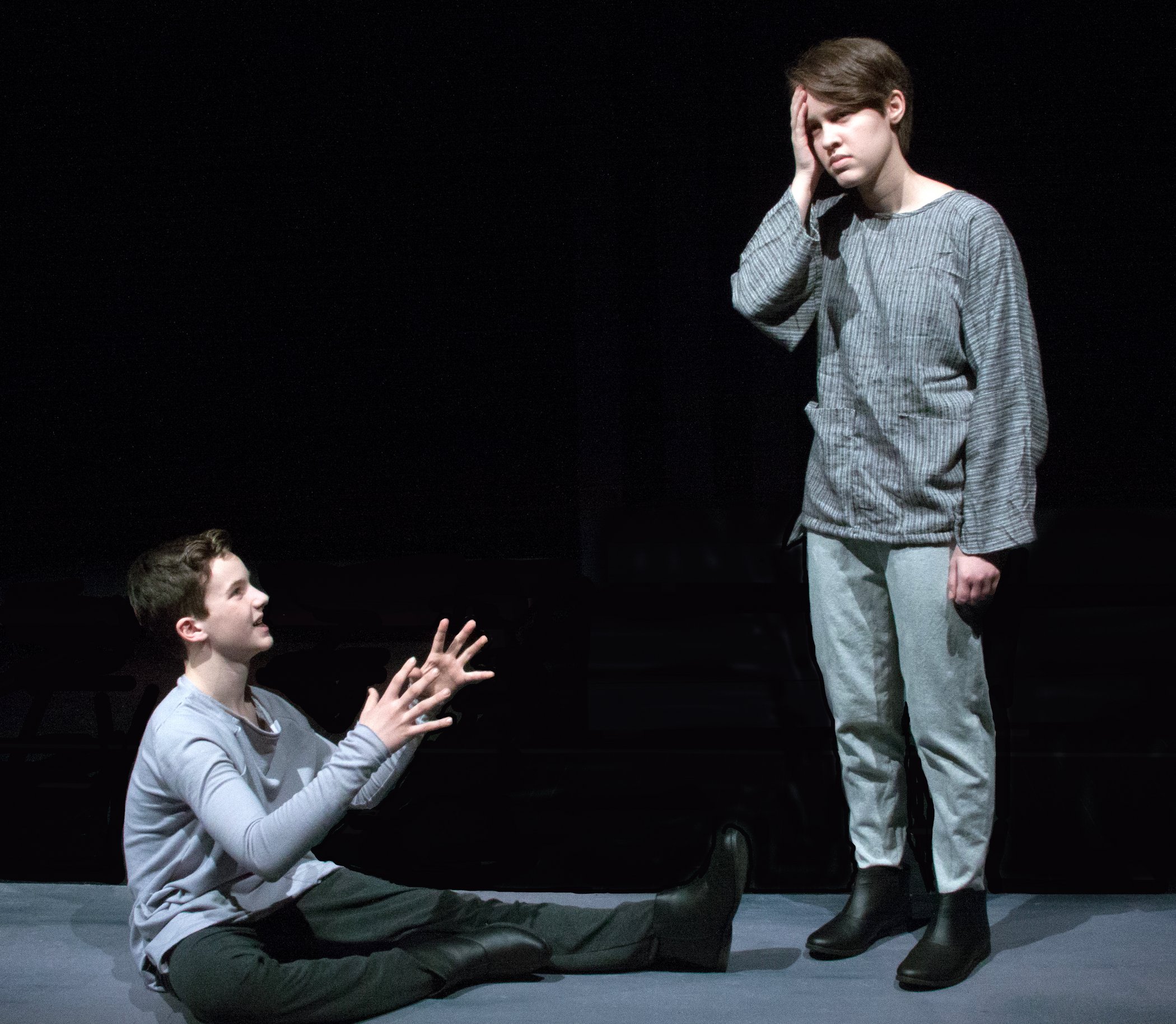 Christopher Beaudoin (left) and Lilly Einsig (right) in The Giver

Playing the character of Jonas is York Suburban Middle School student, Christopher Beaudoin who is looking forward to performing in DreamWrights’ new studio space. “I think it will be more fun than performing on the larger stage. I feel like the audience can be more interactive because they are so close. And they might get a little more attached to the story. A little more into it.” PA Cyber School senior, Lilly Einsig who plays The Giver, agrees. “It gives the storyline a lot more room to flow. The story takes place throughout the room. We’re definitely a lot closer and engaged with the audience in this play.”

The director and performers all agree that everyone attending should read the novel on which this play is based. The book is very thought provoking and poses a situation where Jonas is forced to make a decision. Rooney reveals, “Jonas takes decisive action at the end of the play, but I think it’s hard to say if every audience member would completely agree with that decision. That’s the crux of the dilemma posed in this story.” Rooney hopes to present the audience with a different perspective that perhaps they didn’t have before.

Experience The Giver on March 1 at 1:00 pm, March 8 at 10:00 am, March 2, 3, 9 and 10 at 7:00 pm, and March 3, 4 and 11 at 3:00 pm. Tickets may be purchased online or by calling 717-848-8623. Advance seats cost $11 for general, $15 for reserved. General admission seats at the door cost $13. This production is recommended for grades 5 and up. Please note that this production features auditory sounds of war which may be disturbing to some patrons. Recommended for grades 5 through adult. Warning: Strobe lighting will be used during this production.