A Trip to Bedford Falls

I told everybody I met, “I’m here because I’m directing!” beams Jaci Keagy, who is Guest Directing It’s a Wonderful Life this holiday season at DreamWrights. She and her husband, Dale, who is the set designer for the production, have just returned from a beautiful weekend away at Seneca Falls, New York. According to lore, film director and producer, Frank Capra had told Tommy the barber that he had just gotten out of the military and he was on his way to visit an aunt who lived nearby. He loved the village’s quaint beauty. The barber told him the story about a man who had perished trying to save a woman who threw herself off the local truss bridge. Combine these stories with the simplistic charm of the residents and the Victorian-influenced small town, and you have the making of a holiday classic!

Prior to auditions for DreamWrights’ production of It’s a Wonderful Life, the Keagys set out to Seneca Falls to take in the sights and sounds of the quaint town, much like Capra must’ve done. They were both seeking inspiration, which apparently wasn’t hard to find. One of their first stops was to the It’s a Wonderful Life Museum, full of memorabilia from the movie, followed by a self-guided walking tour of the area. The walking tour took them past the vintage high school, the train depot and  a home which served as inspiration for George and Mary Bailey’s house. There’s even an annual It’s a Wonderful Life festival where Karolyn Grimes, the original Zuzu, makes an appearance. 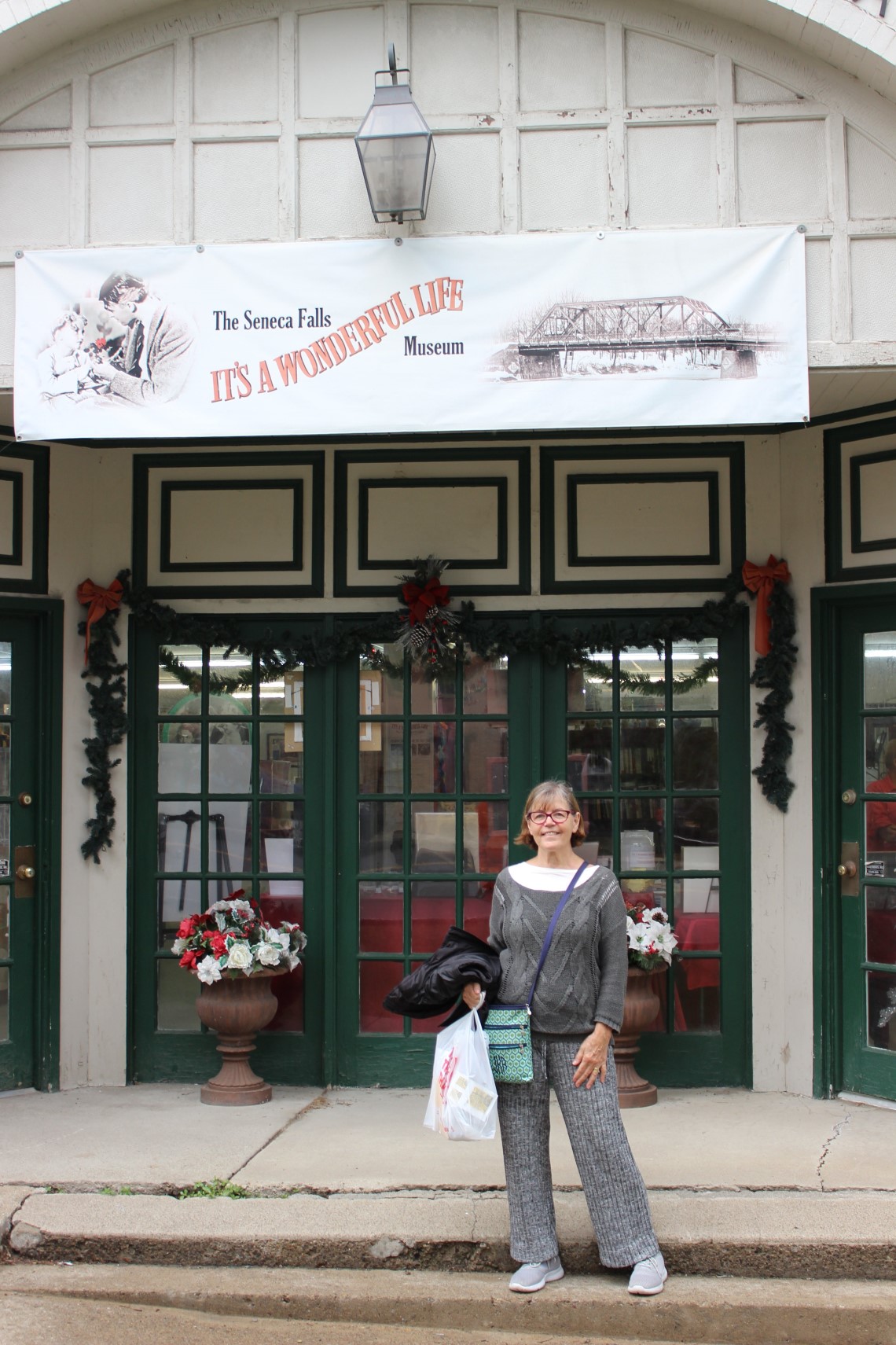 Jaci relates, “The heart of the town is beautiful. As you get out, it’s a huge industrial area. There are lakes and lochs. Water pumps were invented there!”  Keagy explains that around 1915, the town decided to combine two of the lakes to help with the construction of the Erie Canal.  They flooded an area of town, which ended up backfiring. They raised the water so high that they covered up the falls and flooded out many of the factories.  The main source of income for the town now is tourism and the nearby colleges.

Local historian, James Hughes reports, “The spirit of the film rubs off on the residents and has become a source of civic pride.”  Jaci says that the town is about the size of Dover, Pennsylvania but quadruples when the ‘Wonderful Life’ festival is in town. “You have to make a reservation two years in advance!” 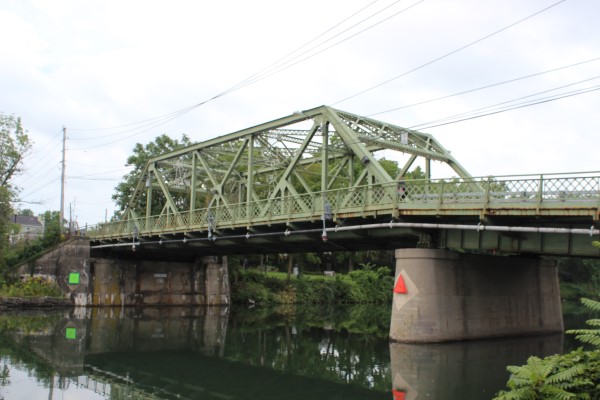 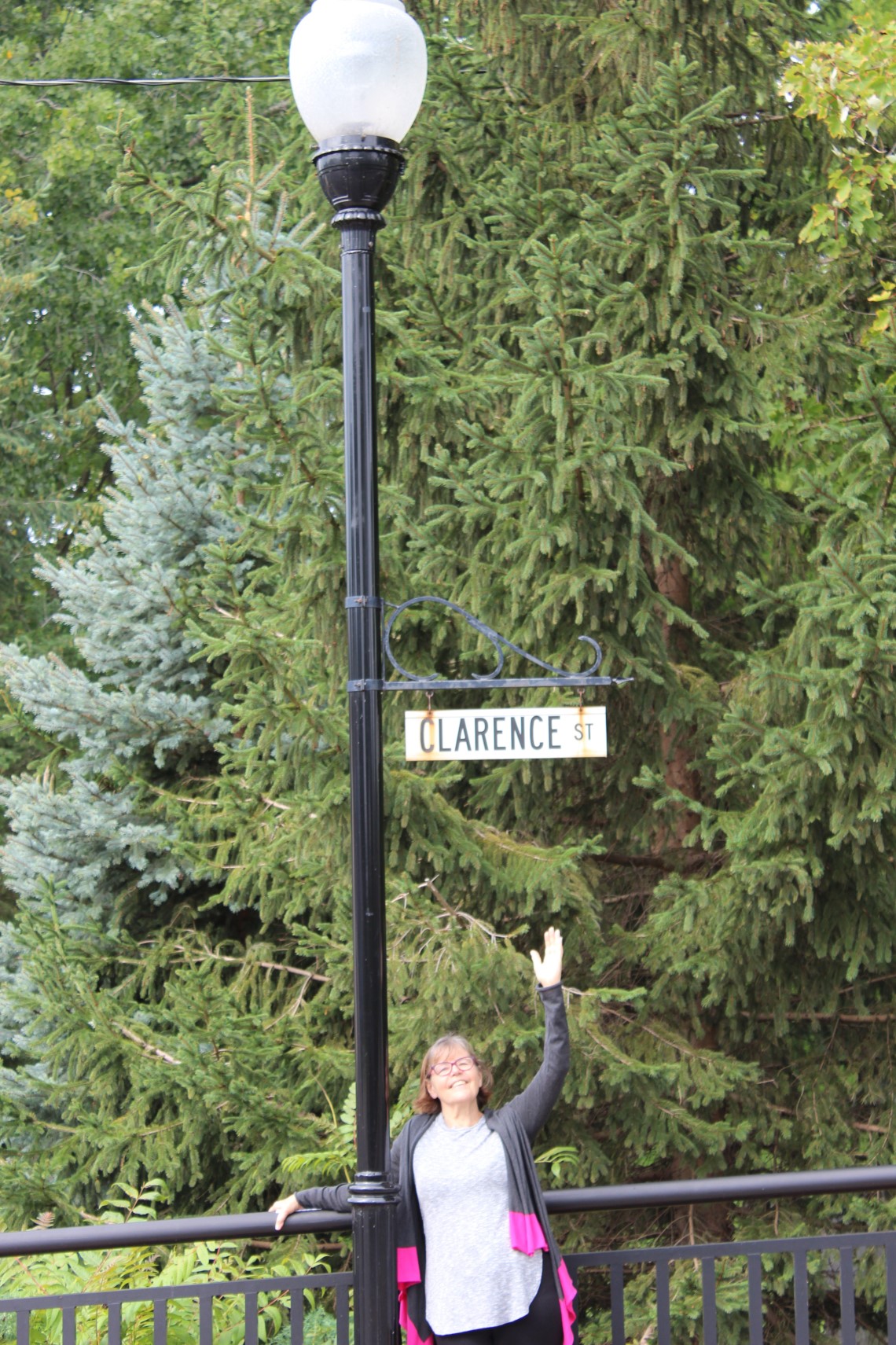 Jaci’s favorite part of the town was the truss bridge.“It was like seeing a movie come alive. And there it was.” Apparently, the bridge is so special to the town that they installed street signs nearby for “Clarence Street” and “Angel Avenue” as a tribute to the attention the movie has brought the quaint little village.

Jaci says she is excited and inspired by her trip to the real life Bedford Falls. “I’m most looking forward to bringing the story to life. Seeing this beautiful place makes me reconnect with the theme of the story. Everybody’s life matters. It’s such an uplifting Christmas message. People can just pause a minute and think about that.”