DreamWrights will be hosting its own lip sync fun as part of its StAGEs program, a theater arts program designed specifically for the over 50 crowd. Since mid-March, this interactive and hysterical group of older adults ranging in age from 50s to 90s has been entertaining and challenging each other.

As a culmination of the ten week program, the StAGEs troupe will share their collaboration and jokes, including a live lip sync. Sponsored in part by AARP and the Cultural Alliance of York’s Creative Impact Award, the hilarious finale of “A Journey Through StAGEs” is free and open to the public on May 15 from 11:00 – 11:30 am, followed by a reception with light refreshments.

As part of the performance, the troupe will give a preview of the StAGEs program. Renee Morth, StAGEs Teaching Artist says, “We’ll show the process of the class over the last ten weeks, we’ll share our warm ups, and we’ll share some monologues and scenes that were created around an object of importance that each of the participants brought in. We’ll include some scenes we created from some Norman Rockwell paintings.” She adds with a chuckle, “And, we’ll do the lip sync.” 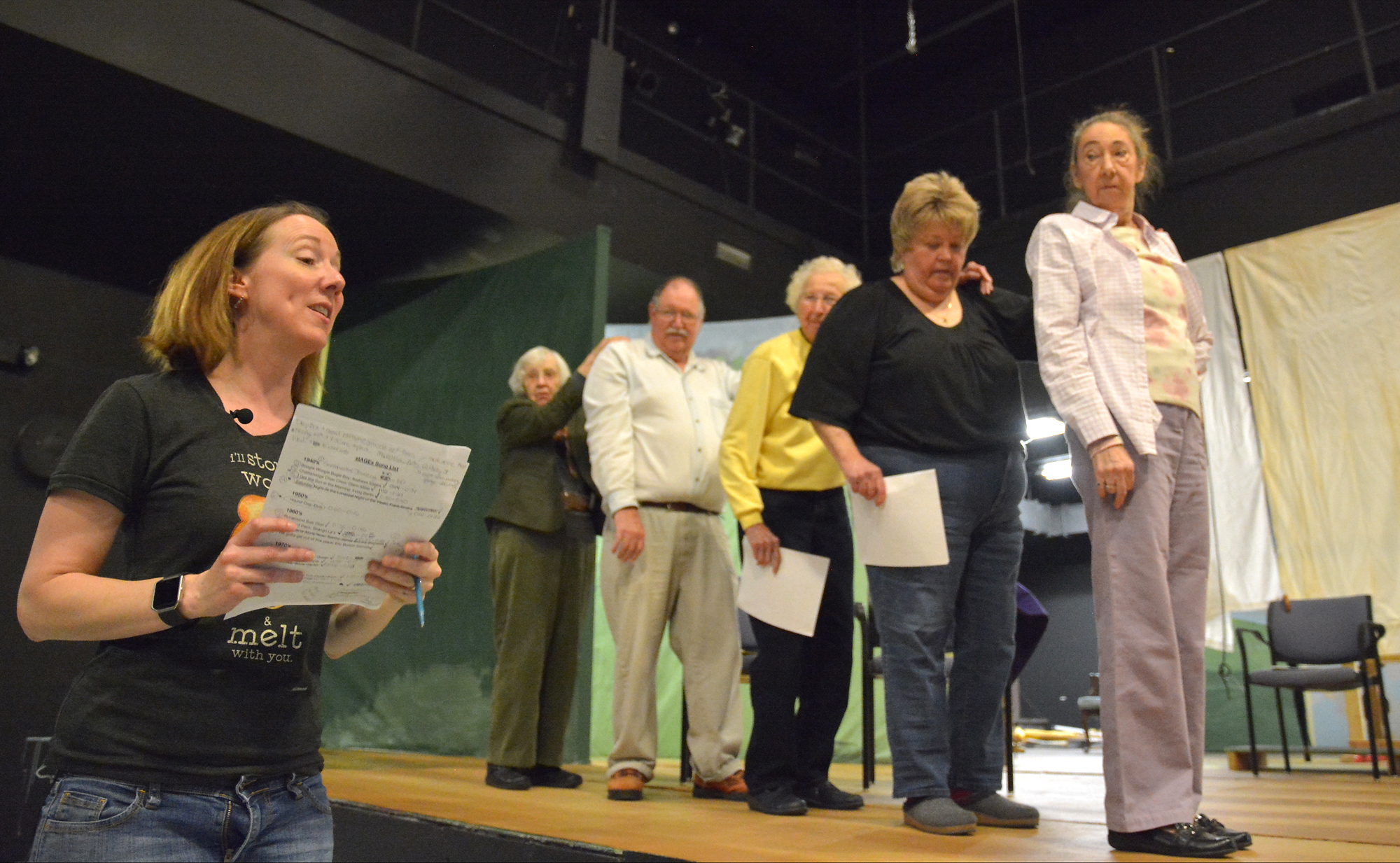 Morth explains that the lip sync activity is the group’s arrangement of songs from the 1940s to the 80s. “These songs represent memories from their teenage years.” But the development of the lip sync has a secondary significance. The StAGEs troupe will also perform it in September at York College of Pennsylvania. Behavior Sciences Professor of Gerontology, Mary Ligon says that on Monday, September 18, the StAGEs group will be performing their live lip sync at an Alzheimer’s benefit called “Singing for a Cure” which is sponsored by the York College Gerontology Honors Society. Ligon says that details about this event are currently being finalized.

Join DreamWrights StAGEs troupe on May 15 at 11:00 am to laugh along and get a behind-the-scenes peek at what the program is all about. This performance is free and open to the public. Free and easy off-street parking is available. As the performance unfolds, the audience will be treated to comedic scenes, touching reflections and of course, the lip synch performance. Come ready to laugh. AARP members are encouraged to attend and will receive $1 off any DreamWrights show in the 2017 season.

StAGEs encourages active participation in the performing arts and is open to new and returning participants. Meet new people, make art, and enjoy the benefits of “creative aging.” No experience is necessary. Accommodations will be provided for those with physical limitations and/or stage fright.The Fall session of StAGEs begins September 11 and runs weekly 10:00 am – 12:00 pm through November 13. Classes are held at DreamWrights, 100 Carlisle Avenue, York PA 17401. There is free off-street, accessible parking. Enrollment is limited to 20 participants with a nominal fee of $10 per session. Pay $80 for the full 10 sessions up front and save $2 per session. Full scholarships are available upon request. Call 717-848-8623 x1 to register.