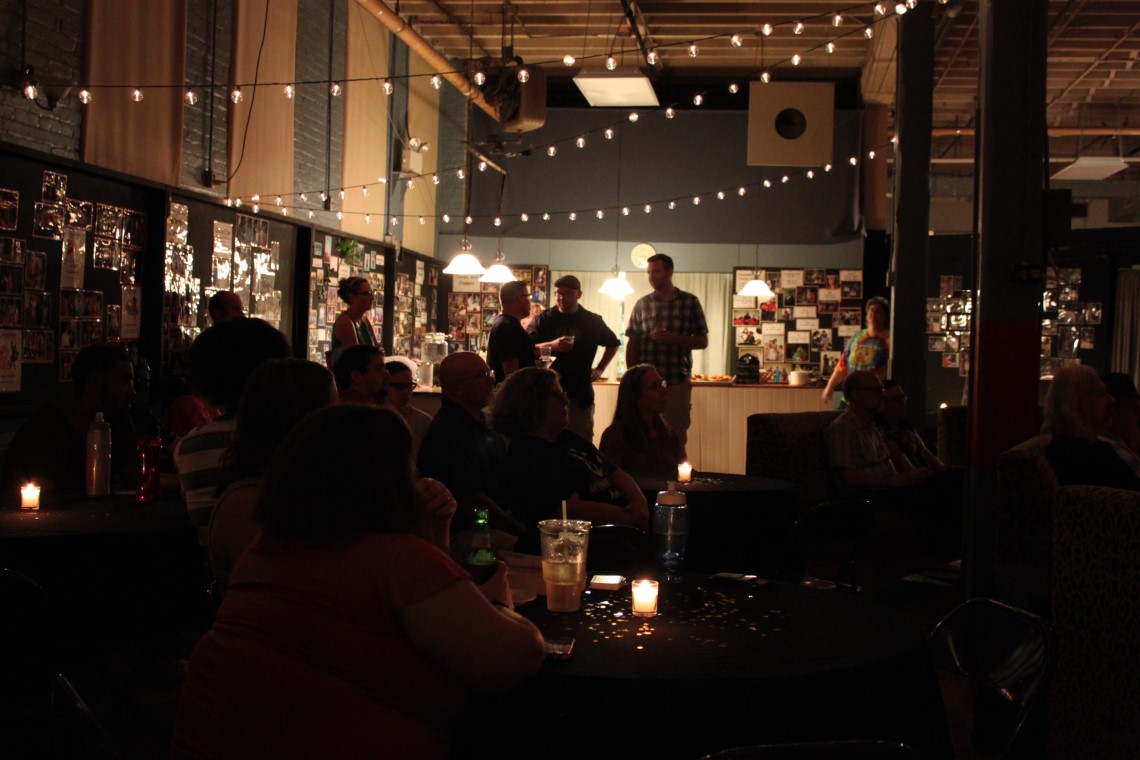 DreamWrights will host its first Open Mic Night in its new cozy and inviting studio space on January 20. Aspiring entertainers 16 years and older are invited to share their talents, whether it be music, spoken word, comedy, etc. Relax in the lounge-style setting while enjoying performances from entertaining members of the York and surrounding communities.

College student, Bryan Brown is performing the song, Evermore, from the 2017 remake of Beauty and the Beast. “I decided to sign up to perform because I love singing in front of people and I love events like Open Mic Night. I like how DreamWrights gives you a chance to show your talents and what you’ve really got,” Brown laughs. Audiences may recognize Brown from DreamWrights’ recent production of Disney’s Beauty and the Beast where he played the role of the Beast.

Brown says he’s looking forward to the event because it offers a chance to see a wide variety of talent other than just singing. Dorothy Robey, an aspiring playwright, will be directing a short play she’s penned, Falling Upstairs. Robey explains, “It’s a very short play that will be acted out by three actors. The performance is a play about falling up stairs and what the characters think that means.” She likens it to the hit television series famously about nothing, Seinfeld.

DreamWrights’ Open Mic Night will be held Saturday, January 20 from 7:30pm to 10:30pm. Acts interested in performing are encouraged to sign up for a 10 minute performance time slot. The entrance fee is waived for those who register to perform in advance. Food and drink are available for purchase. All attendees require ID for admittance. Cover charge is $8 at the door. The event is open to anyone 16 and older. Some material may not be suitable for younger audiences. Signup and more information can be found at dreamwrights.org.