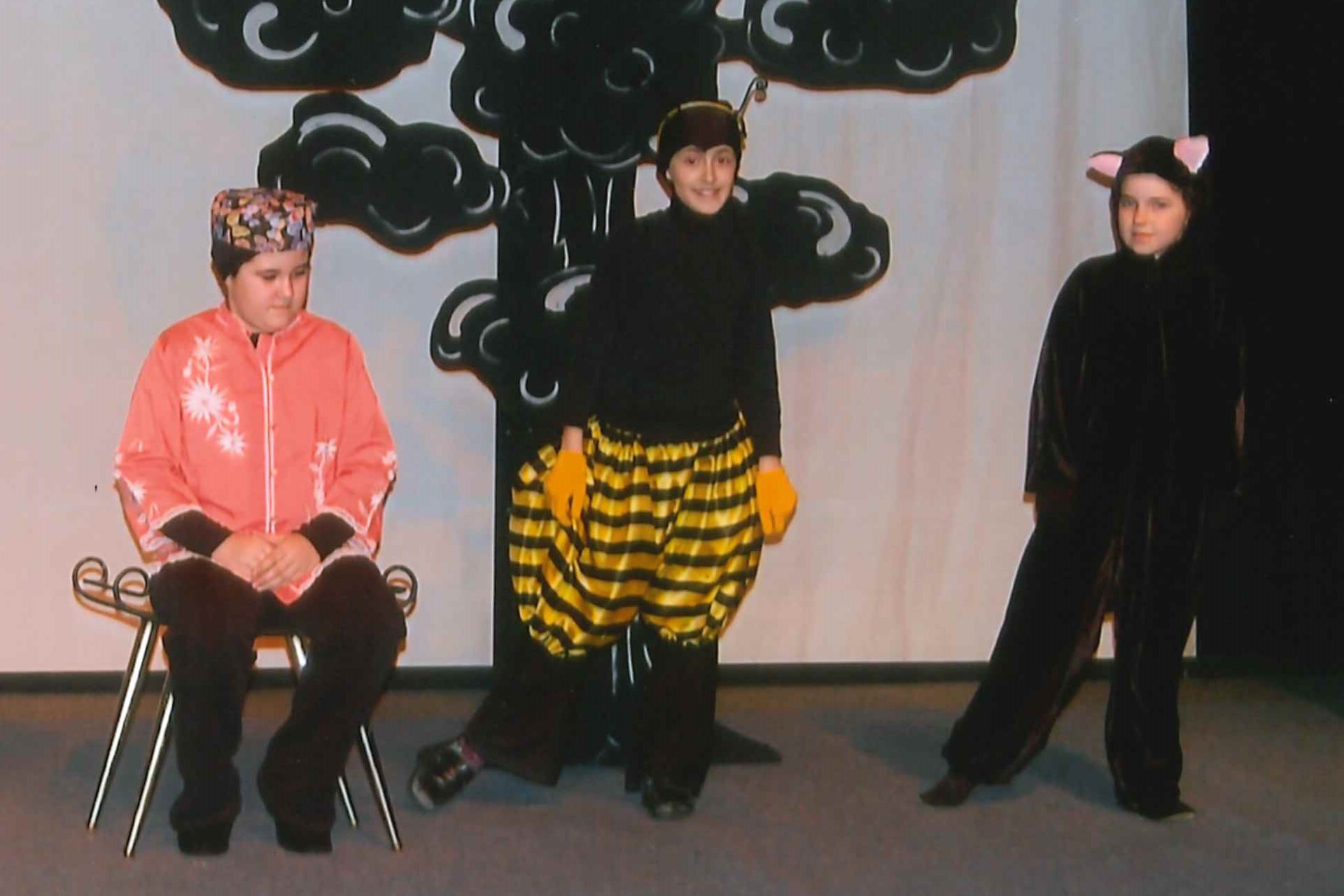 Monica Toren was seven or eight when she performed in her first DreamWrights show, Monkey Magic. “I was a bumble bee. I had huge pants like MC Hammer, yellow and black striped. They were pretty awesome,” she says with a laugh. For years, Monica participated in mainstage shows, teen shows and summer musicals. She had crew positions, worked in costumes and performed on stage.  As a stage manager for Charlie and the Chocolate Factory she got to herd oompa loompas. “It was a lot of fun. I loved that I got to meet so many people that weren’t from my school. It allowed me to branch out and make friends that were all over the county.”

Monica remembers that growing up at DreamWrights, there was always talk of renovation.   Monica took such an interest in DreamWrights’ improvement that in 2013, she took it upon herself to renovate the women’s dressing room as part of her Girl Scout Gold Award Project. In 2014, she began to serve as one of the teen advisors on DreamWrights’ board of directors, when the organization’s planning for a larger capital campaign construction project was in its infancy. “They were just starting to mention the different phases and we discussed what we wanted to renovate,” remembers Monica. “I never thought I’d come back as part of the firm that was doing it.” 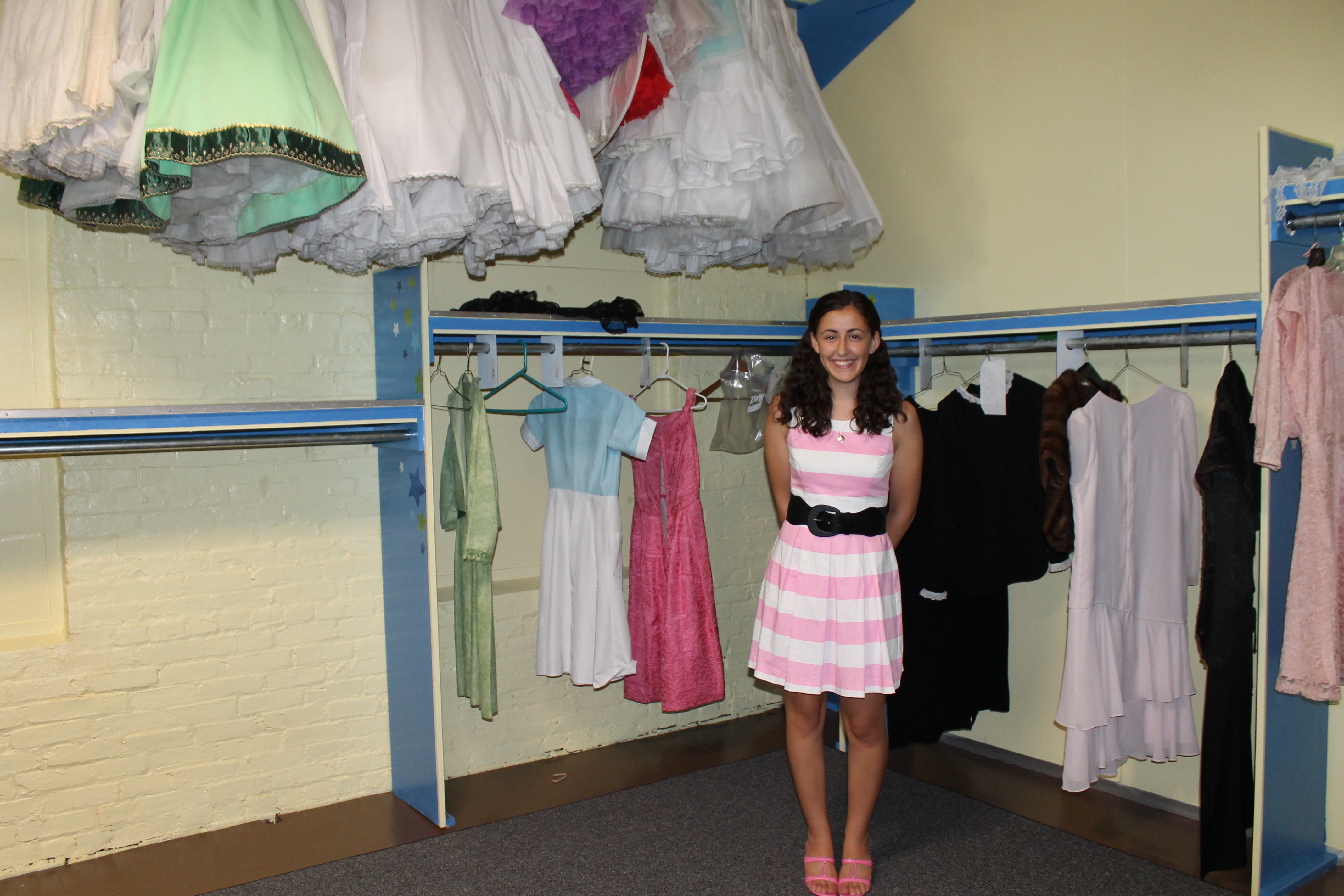 In 2013 with her newly renovated dressing room

But that’s exactly what happened. Fast forward a dozen or so years from the days of the silly bee pants, and now Monica is in her third year of Carnegie Mellon’s architecture program. She’s also part of DreamWrights’ construction team as a summer intern for an award-winning architecture and York-based design firm –  Warehaus. A 2015 graduate of West York High School, this is Monica’s second summer interning in her hometown. Last year she worked at electrical contractor, I. B. Abel, and this year she’s enjoying her experience at Warehaus. “I really like the design end of things and being able to see something from start to finish,” she says. “To have a concept then see it actually be built is really cool.”

Warhaus is also enjoying Monica’s time working closely with their team. “Monica is a delight to work with. I love her enthusiasm. It is infectious,” reports Brooke Wenger, director of business development for Warehaus.  “It’s nice to see someone as young as she is coming into this and having such enthusiasm and passion for design.” 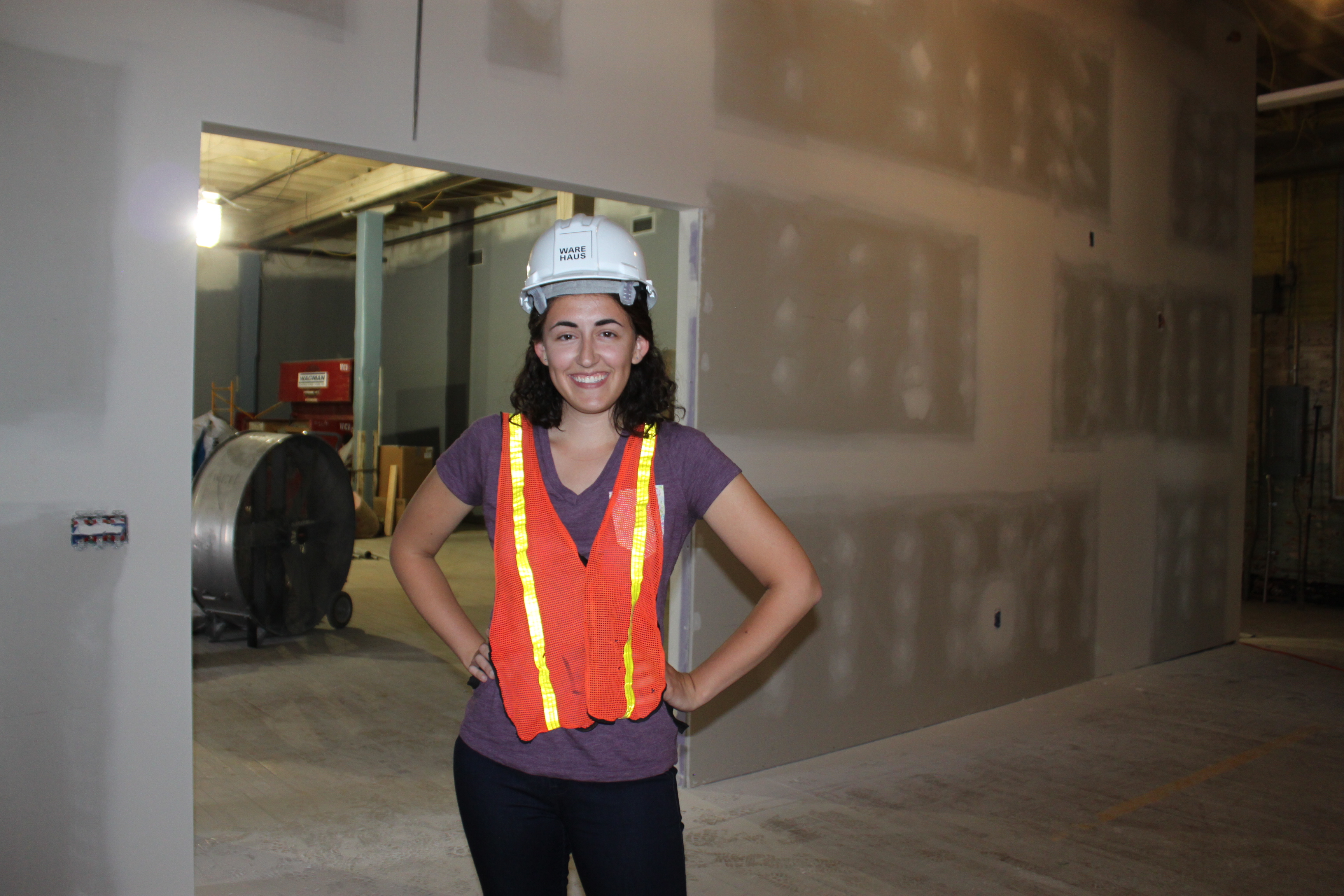 Ann Davis, DreamWrights’ executive director, also knows what a gem Warehaus has in Monica. “Monica jumped in head first with her dressing room renovation. She canvassed all of her contacts to raise the funding needed, worked out an agreement with Kinsley’s business school for labor, rounded up family, friends and other scouts and completed the project as planned,” recalls Ann. “She was also a huge asset on our board bringing ideas and enthusiasm to every meeting.” 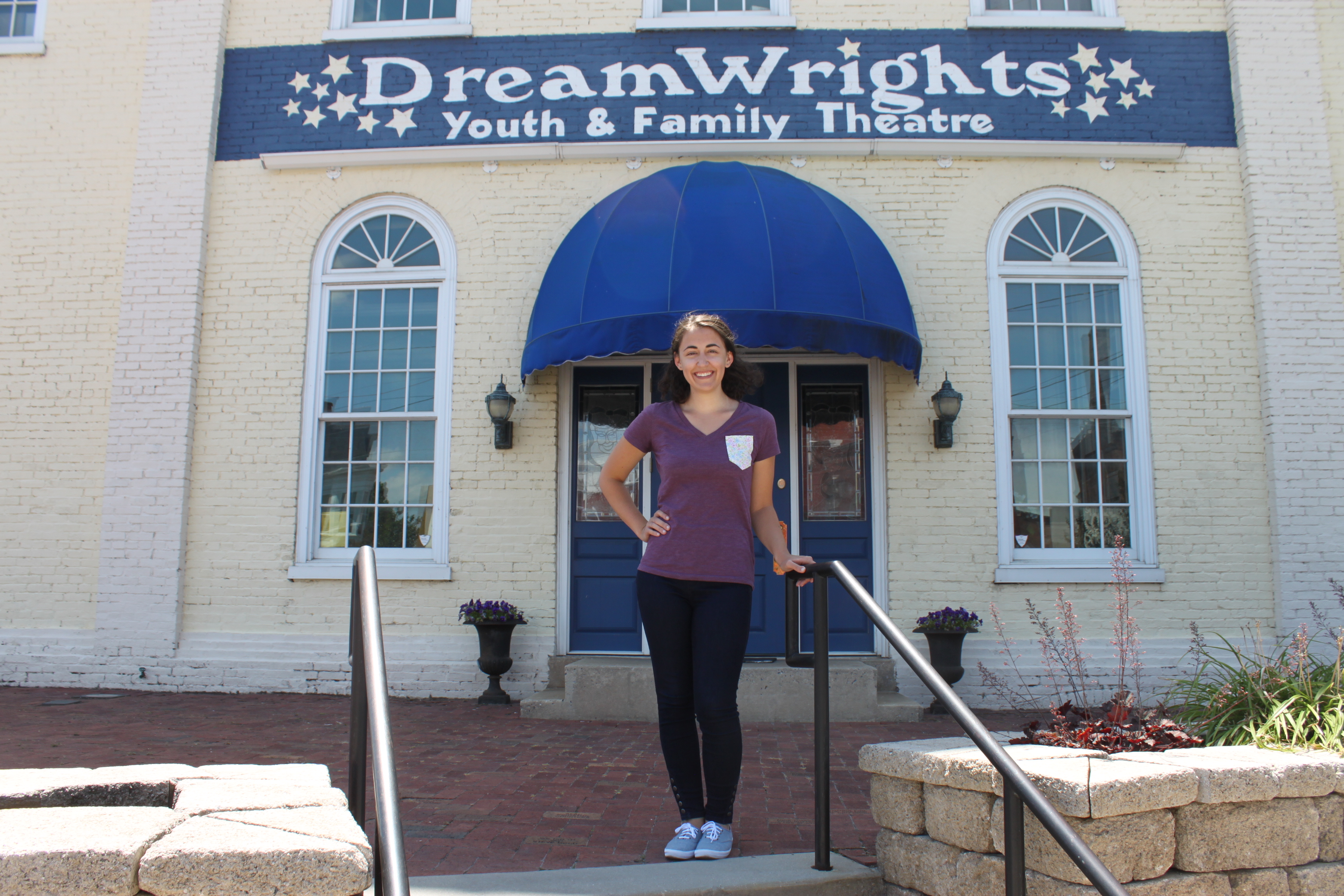 As a local company, Warehaus is always looking for ways to be more involved in the local community. Through Monica, there is an unexpected connection that ties together DreamWrights and Warehaus in more than one way.   “Monica was seven when she started at DreamWrights and she has come full circle,” says Brooke. “The ability for her to melt her passion for theater and design has resulted in a great opportunity for everyone involved and we’re honored to be a part of her experience.”