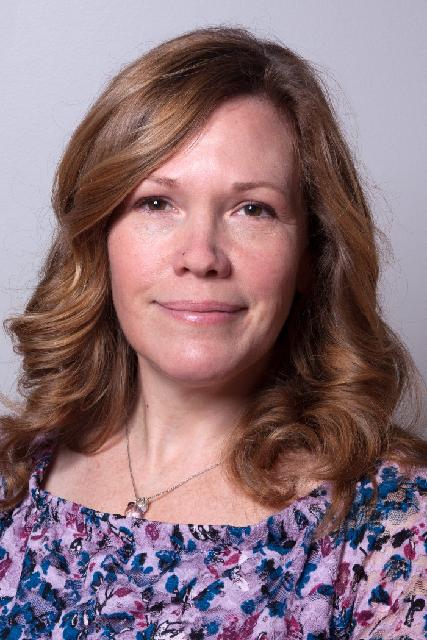 Andrea finds great joy in encouraging others to stretch and grow creatively. She has a Bachelor of Science in English and Communications Design and was a graphic designer before “retiring” to homeschool her children. She has spent the past two decades working in teaching roles: as a substitute teacher, in the development of after school programs, teaching high school graphic design, and instructing in homeschool co-ops.

While always an avid appreciator and participant of the performance arts, it was not until adulthood, with the arm twisting of her son, that she made her stage debut and fell in love with theater. She has since been involved in over 28 shows in the York area. 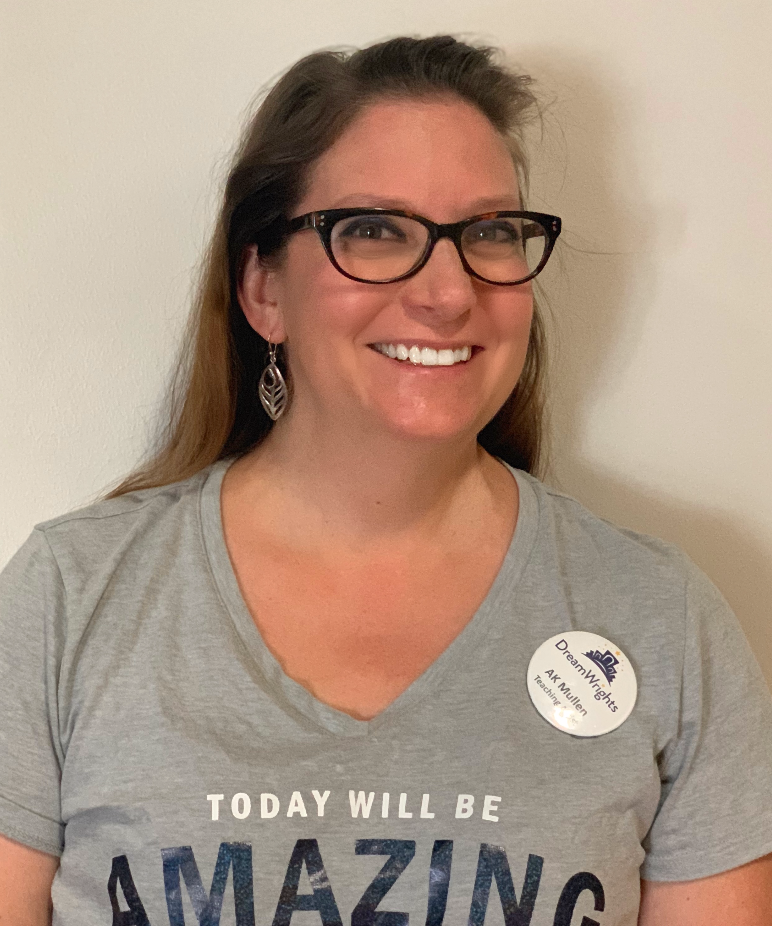 Amy Kaye (A.K.) Mullen-Johnson is a teaching artist, dance teacher, and recently started a new position as an Instructional Assistant at York Academy Regional Charter School. She earned an MFA in Dance from the University of Colorado, and a BA in Dance from Slippery Rock University. Mullen-Johnson works as an adjunct professor in the Division of Theater Department, at York College. Supporting arts in education, she works for the Pennsylvania Council Arts education, stARTSomething program in the Cultural Alliance of York, creating dance residencies that are custom-designed and integrated into the classroom curriculum. She teaches dance at multiple studios in the York and Lancaster area, along with teaching theatre camps at Dream Wrights Theatre. She has worked with the Fulton Theatre’s education and outreach programs to promote critical literacy through the arts. She is looking forward to teaching at DreamWrights this summer and is excited to collaborate with other teaching artists, staff, and youth to embrace and create art for our community. 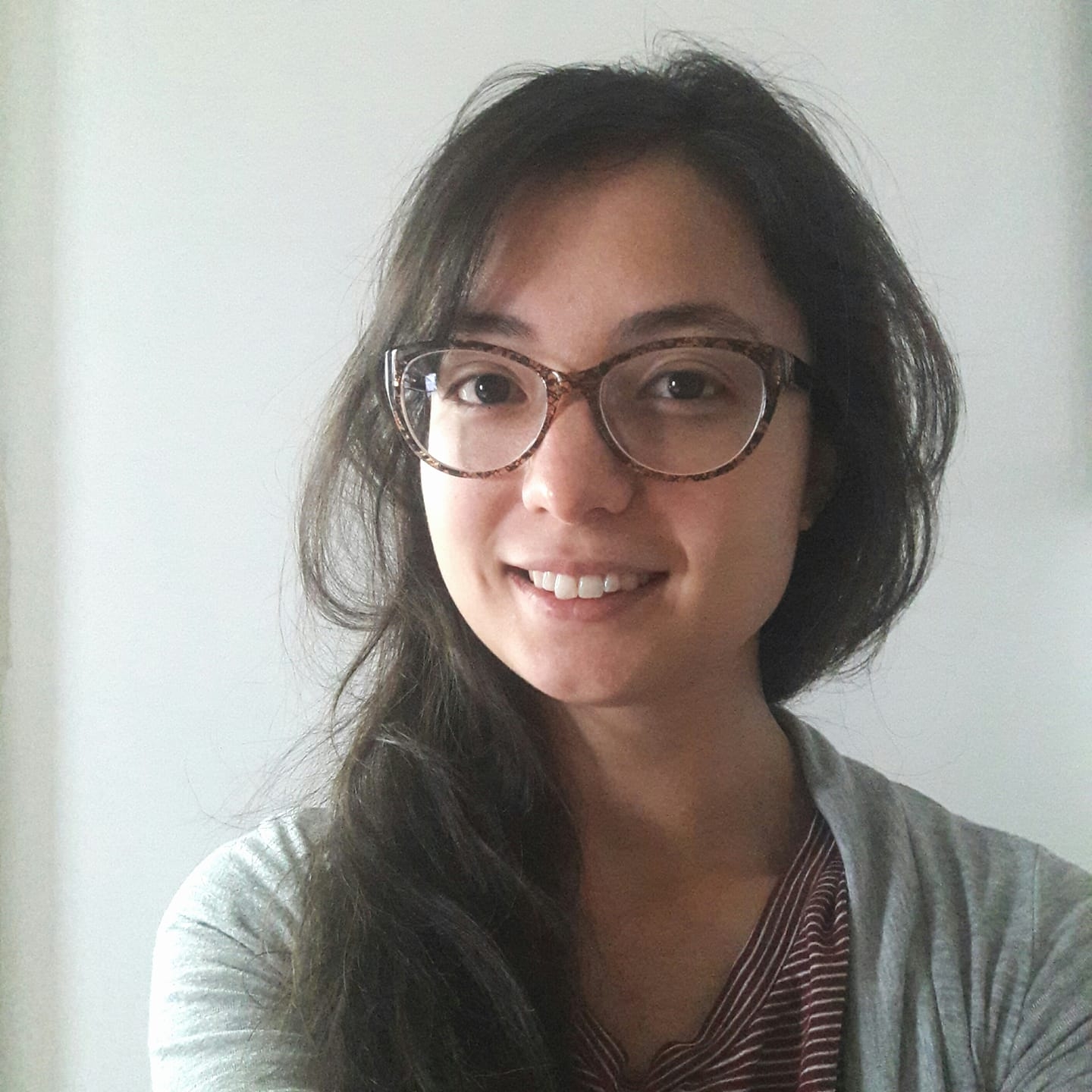 Steph Holmes is a visual artist living in York, PA, and has been conducting art workshops and camps for people of all ages as a teaching artist since 2012. She makes eco-friendly artwork inspired by nature and adds a dose of whimsy and strangeness to her paintings, sculptures, and pottery. Steph understands the power of creative expression to heal and uplift both the maker and the viewer, so her mission inside the classroom is always to guide students to unlock this skillset within themselves. Her summer camps and workshops utilize creative play, exploring new materials, building up creative confidence, learning how to talk about art, all while creating within a safe and supportive studio environment. 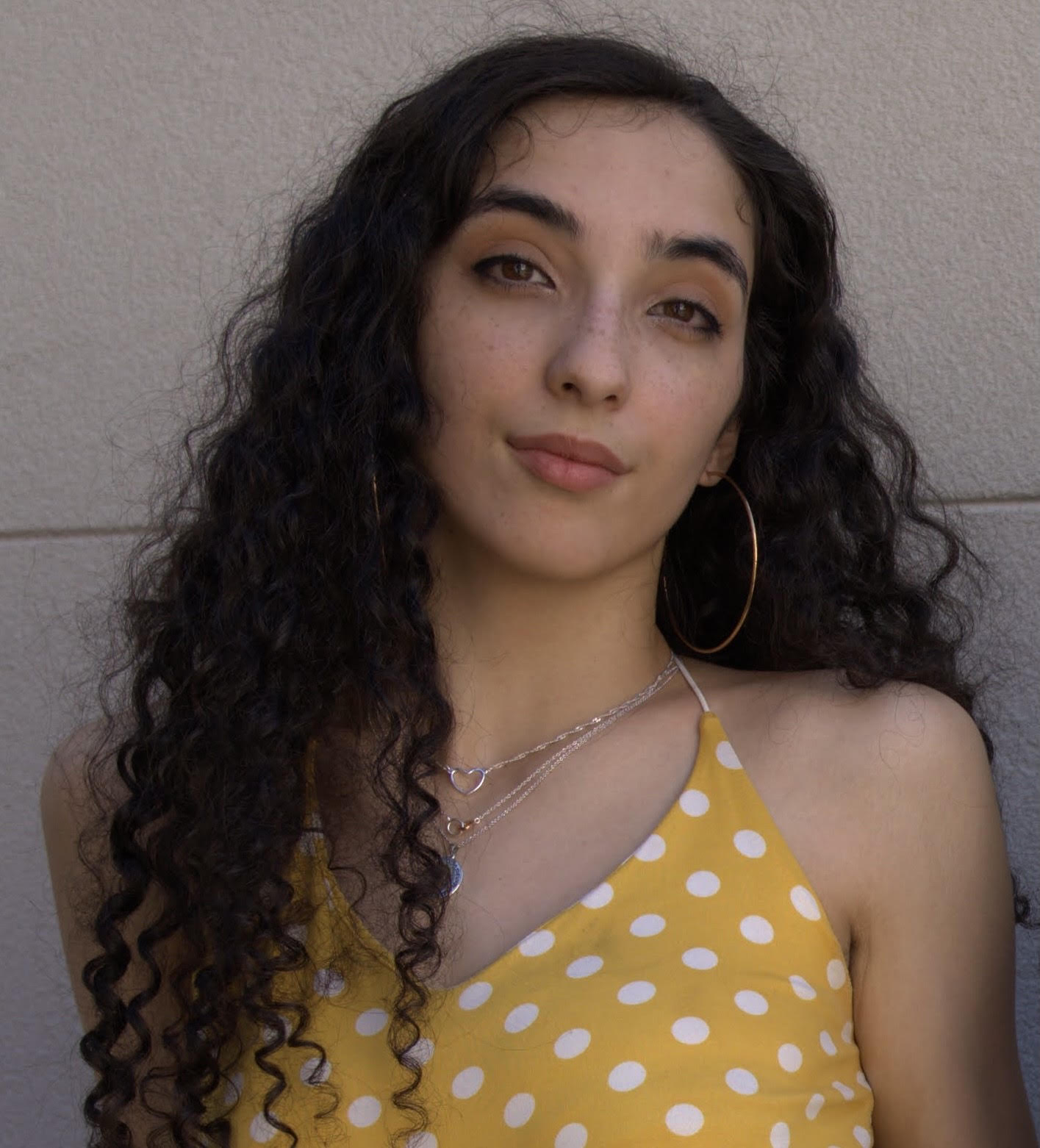 Deirdre Casey Has always had a passion for the arts. After growing up in a creative household it was only fitting for her to follow her passion. After years of pre-professional Dance training with Susquehanna Dance  Center and Musical Theater training Through a Myriad of mentors. She Joined the COBALT dance company, Worked as a Backup Dancer, and performed along the east coast. Though she loves to be onstage she has a passion for the creative process as well, having choreographed shows such as Sister Act and Mary Poppins. As well as multiple dance ensemble works of different styles. Currently, she works with Weary Arts Group as a teaching Artist and Choreographs with her twin sister Gabriel. She strives to create an environment where healthy learning can take place. Where people aren’t afraid to be themselves and tell beautiful stories. 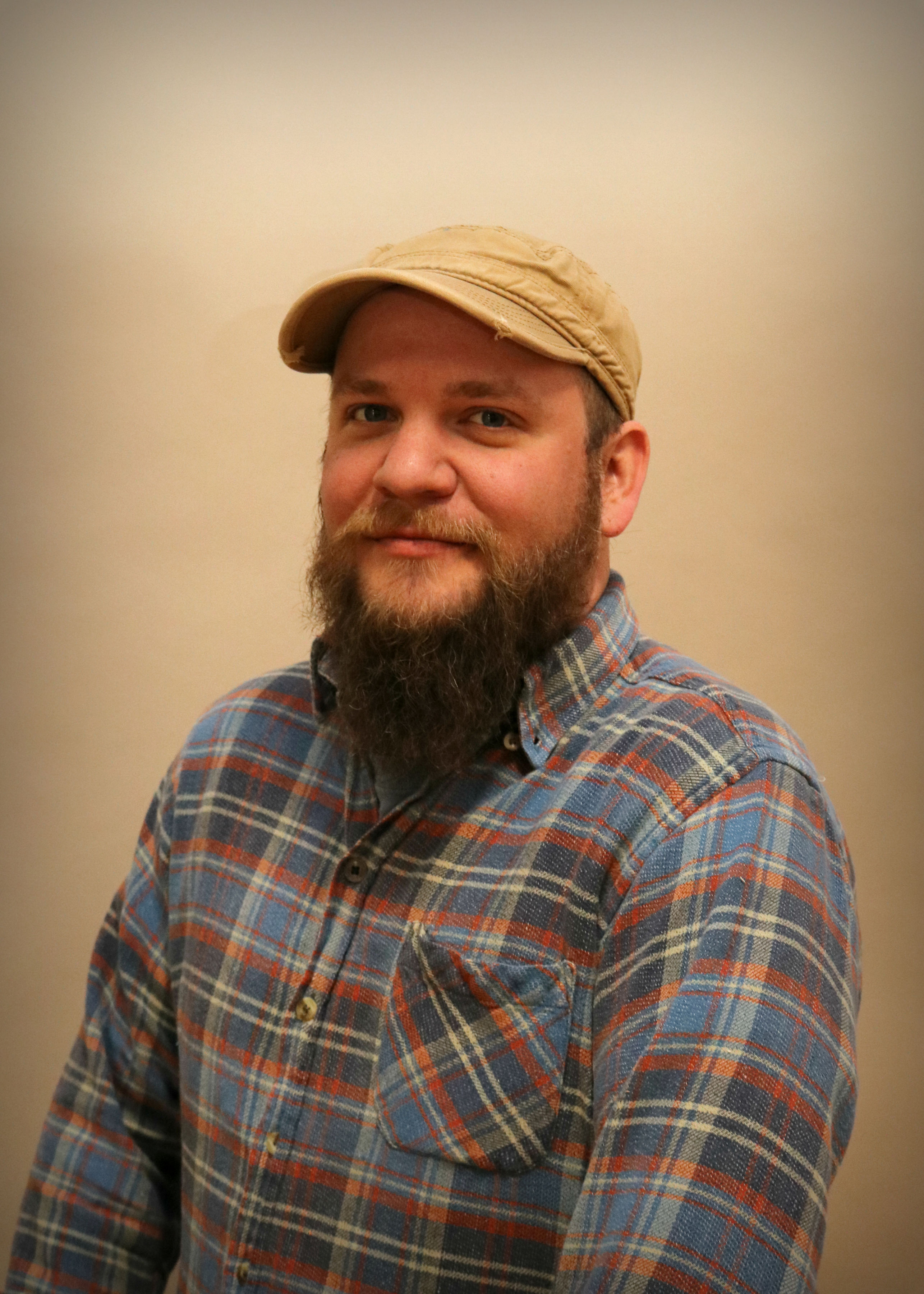 A founding board member of DreamWrights, Jay has worked in theatre most of his life, on and offstage with innumerable community theatre productions, including guest directing several shows at DreamWrights. Jay has been the editor for WRCT’s “Culture and Main” for the last few years. Utilizing his film degree from Boston University, Jay has directed several music videos as well as comedy videos.

Julia Sowers is a junior at Messiah University, getting a Bachelor’s degree in Middle Level Education with a concentration in Math and Science.  Julia has been involved at DreamWrights since she was a baby and has been a teaching artist for the past 6 years! She was trained in more than 6 different styles of dance for 14 years, has been involved in PMEA District and Region choir as well as had numerous lead roles within her school.  In 2019, she was named Best Female Performer at the York Country Encore awards with her performance as Leading Player in Pippin.  Through Julia’s schooling to become a middle school teacher, she has found a new appreciation for growing and learning alongside her students.  At Dream Wrights, she is able to combine two of her greatest passions, expressing the abilities to perform and teaching the next generation of learners in both academic and musical forms!

Ernesto is an American TV and Film Actor, Writer, Voice-Over Artist and Songwriter.

Born and raised in South Texas, Ernesto began his journey in the entertainment industry as a drummer/ vocalist in local rock bands, playing small parts in school and church plays and basically being a class clown. His first major acting accomplishment was being directed by Peter Berg on the hit series Friday Night Lights. Life and new responsibilities brought him to New York City where he landed roles on Blue Bloods, Unforgettable, Body of Proof (opposite Dana Delany), X-Men: First Class (opposite Kevin Bacon) and Brawl in Cell Block 99 (opposite Vince Vaughn) among many others. In his spare time, Ernesto goes back to his first love, music, as he is an accomplished songwriter writing for major Country Music Artists. 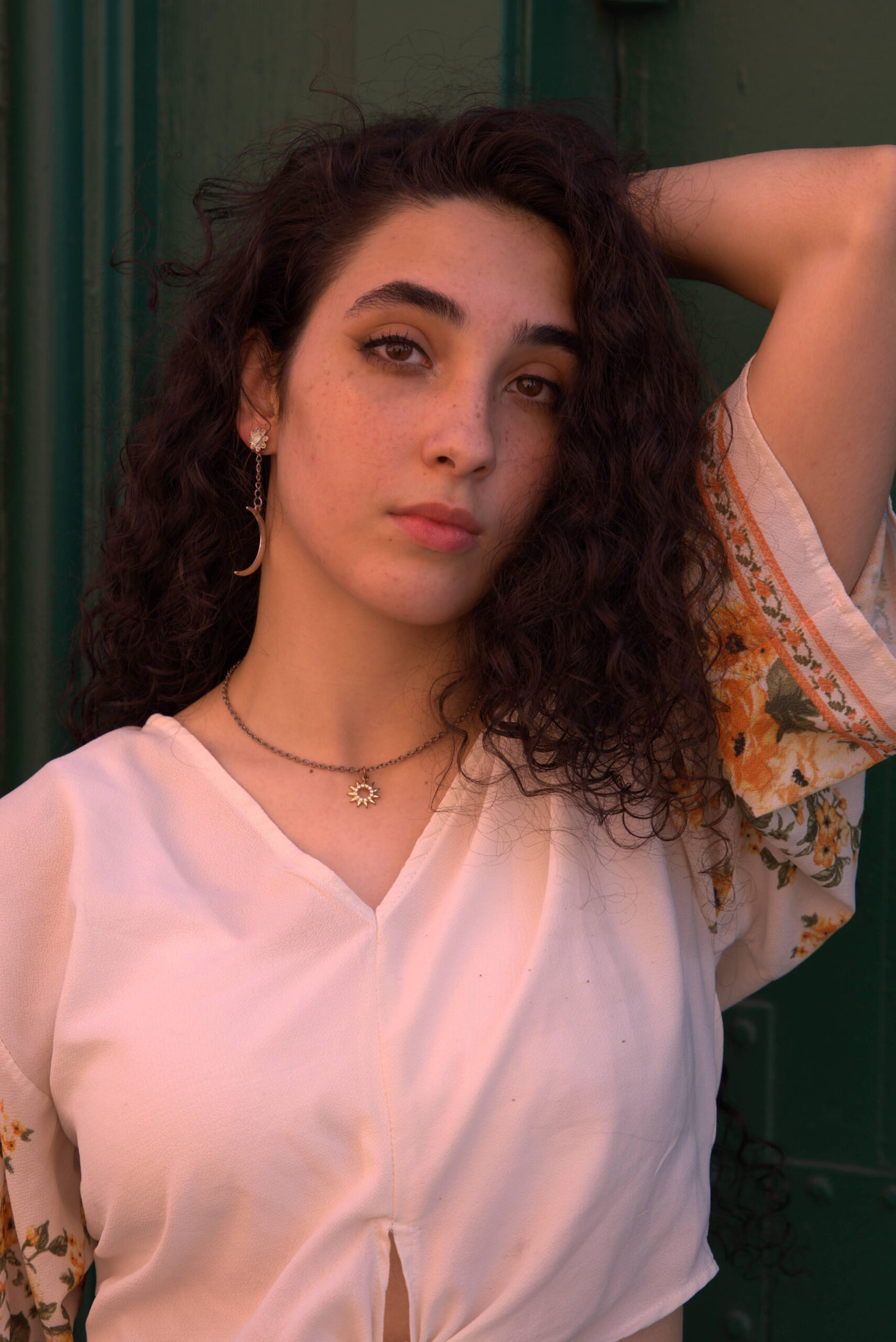 Gabriel Casey has always had a passion for musical theater and choreography. At the young age of 14, she choreographed her first musical alongside her twin sister, Deirdre Casey. She’s been working in the industry since and has met so many wonderful artists. She is so appreciative of the many wonderful teachers and mentors to help her become the Artist she is today. She aims to continue to create a welcoming and positive space to grow and thrive, not just as Artists, but as people. 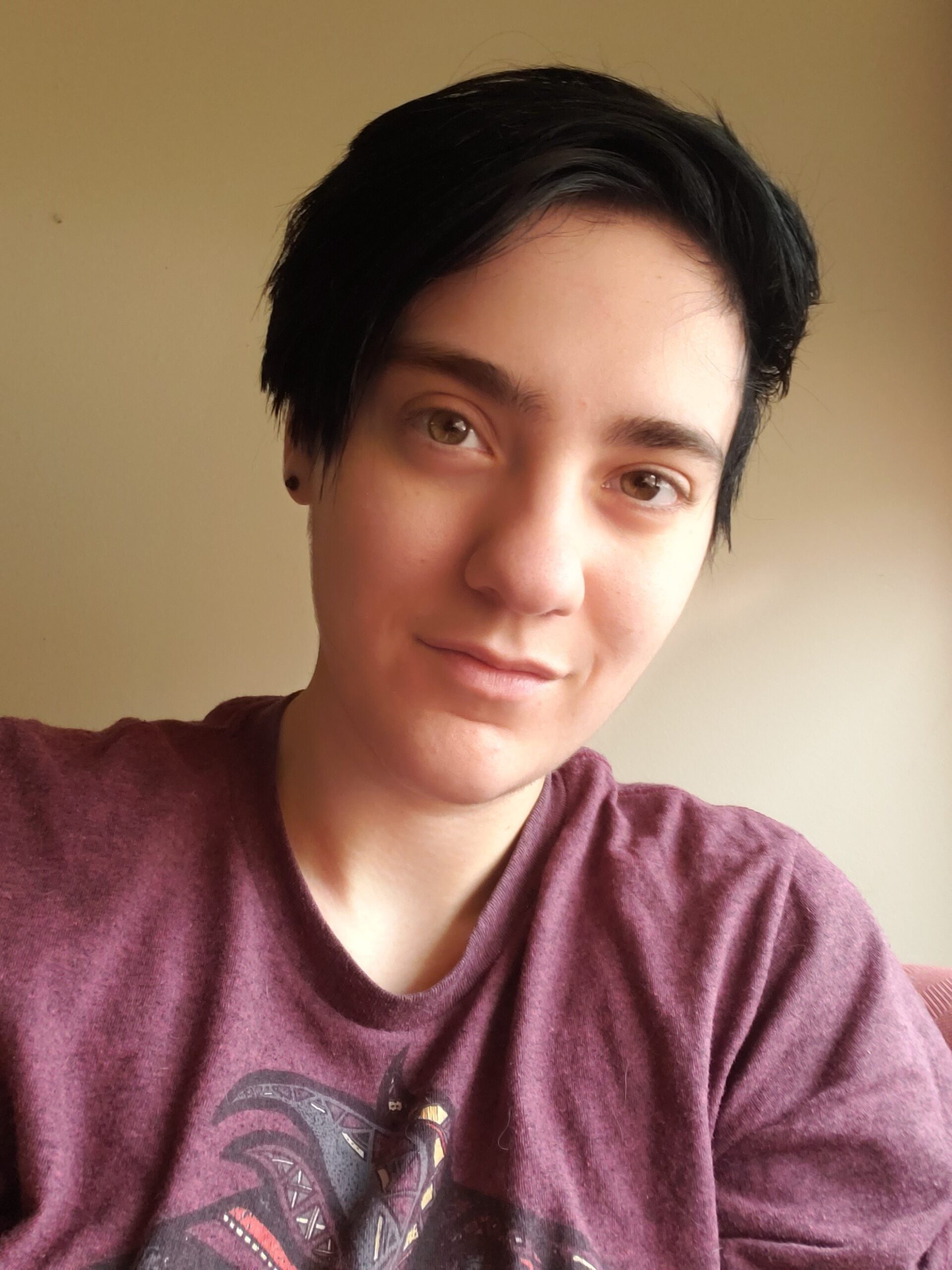 Paige Gross is a theatre artist with a passion for theatre both on stage and behind the scenes. After planting their roots at DreamWrights at the age of 4 years old and participating in countless productions, camps, and events, Paige pursued a degree in theatre at Messiah University where they studied acting, directing, and technical design. They view the world through an artistic lens and are passionate about sharing the joy of theatre with creatives of all ages. 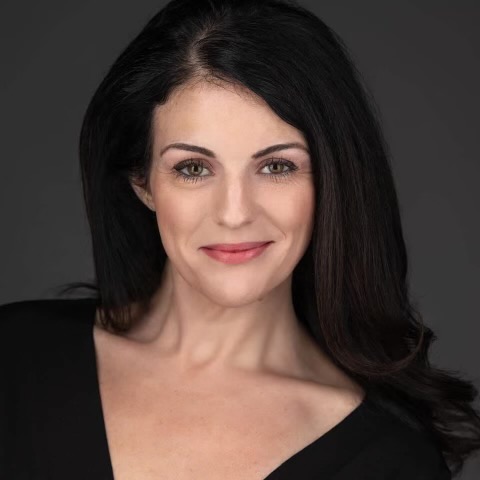 Soprano Laura Heydt discovered her love of opera at age 9. She studied flute and voice and performed regularly in her hometown in Northeastern PA. Upon her arrival in South Central PA she continued to perform on the opera and musical stage. She returned to the stage of Opera Lancaster as Musetta in Puccini’s La Bohème . “Laura Heydt of York literally sparkled as Musetta and her aria Quando m’en vo was sung with panache!” – Lancaster New Era.

Other Puccini appearances include the title role in Suor Angelica, and Georgette in Il Tabarro. Having a particular love for Menotti she has performed the roles of Lucy in The Telephone , The Mother in Amahl and the Night Visitors , and Monica in The Medium on several occasions. Other notable roles include Violetta in Verdi’s La Traviata with Repertory Opera Theater of Washington , Cunegonde in Opera Lancaster’s production of Bernstein’s Candide , Susanna in The Marriage of Figaro, Despina in Cosi fan Tutte, Belinda in Purcell’s Dido and Aeneas , Gretel in Humperdinck’s Hansel and Gretel, and Adina in Donizetti’s The Elixir of Love. In 2017 she sang the role of Carmella in the debut of The Bartender composed by friend and colleague Jim Riggs with Opera Lancaster. Recently she has become involved in several local organizations with the goal of bringing more opera to Central PA.

As a concert artist she has performed locally with the York Symphony Orchestra and Chorus, the Hanover Symphony Orchestra, the Baltimore Mandolin Orchestra, and the Harrisburg Choral Society. Under the baton of Maestro Robert Hart Baker she made several appearances with the York Symphony as soloist for their annual July 4th patriotic celebration, as soprano soloist in Handel’s complete Messiah, and as guest artist at the holiday pops concert with the St. Louis Philharmonic Orchestra in St. Louis, MO.

Laura earned a B.A. in vocal performance from York College of PA where she was a student of John Darrenkamp. She continued her vocal education in New York City under the instruction of Beth Roberts. Abroad, she was a featured soloist with the American Institute of Musical Studies Festival Orchestra in Graz, Austria. She has also participated in the Fairbanks Summer Arts Festival in Alaska and the Crittenden Opera Workshop. She currently teaches voice and flute for Menchey Music in York and Reading, PA.

In addition to performing and teaching, Laura and her partner Baltimore Symphony cellist Lukasz Szyrner own the Lady Linden Bed and Breakfast in York, PA where they reside with her two sons, Samuel and Benjamin. 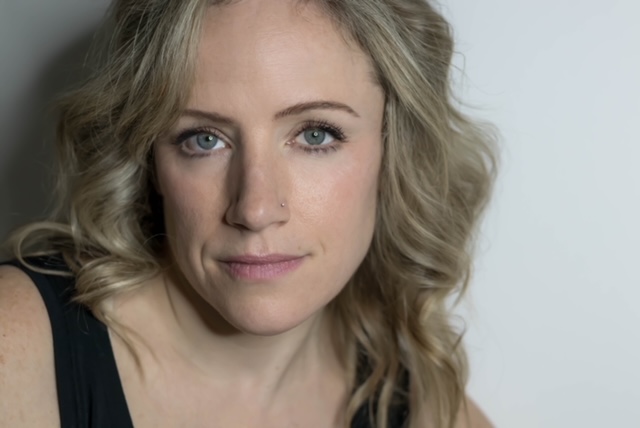 Amber has taught dance for all ages since she was 14. She went to Shenandoah University as a dance major for one year and then to Penn State, and graduated with a BFA in Photography. She has knowledge in chemical photography, digital photography, photoshop, Lightroom, metal working, painting, basically loves all things art!

She went to a pre-professional ballet academy and went on to study in the summer with Boston Ballet and Pennsylvania Ballet. Her ballet is on point (pun intended).

She began participating with the Community Theatre in 1999 and haven’t stopped since. I’ve held various roles in straight plays and musicals. I was a co-choreographer for the Altoona Community Theatre’s Beauty and The Beast. I also choreographed UrineTown and Thoroughly Modern Millie for Altoona. 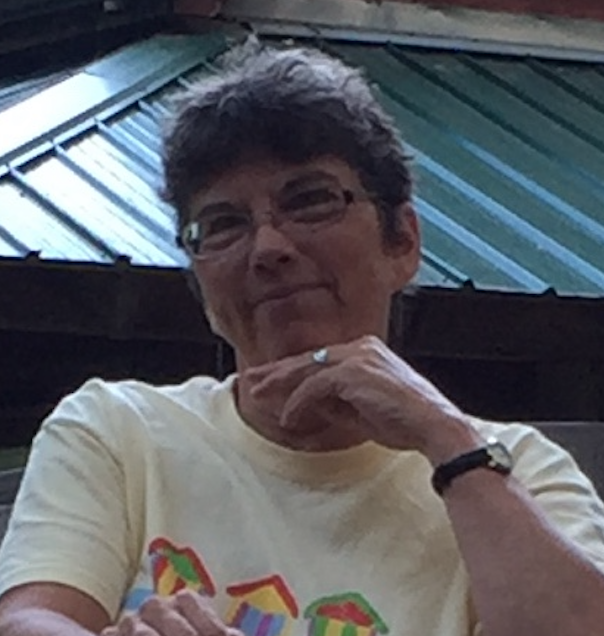 Jeanne Irwin is from Sharon Springs, New York, and stays with her sister, Ann Davis, while in town.  She has been a teacher with Head Start for 28 years and still enjoys every day spent with young children. Jeanne spends a lot of time outdoors or working on projects, even helping DreamWrights with various projects throughout the years. Having experienced this past year working with children while keeping them safe from Covid has been a time to learn new systems and processes.  Jeanne looks forward to camp and having fun with your child this year. 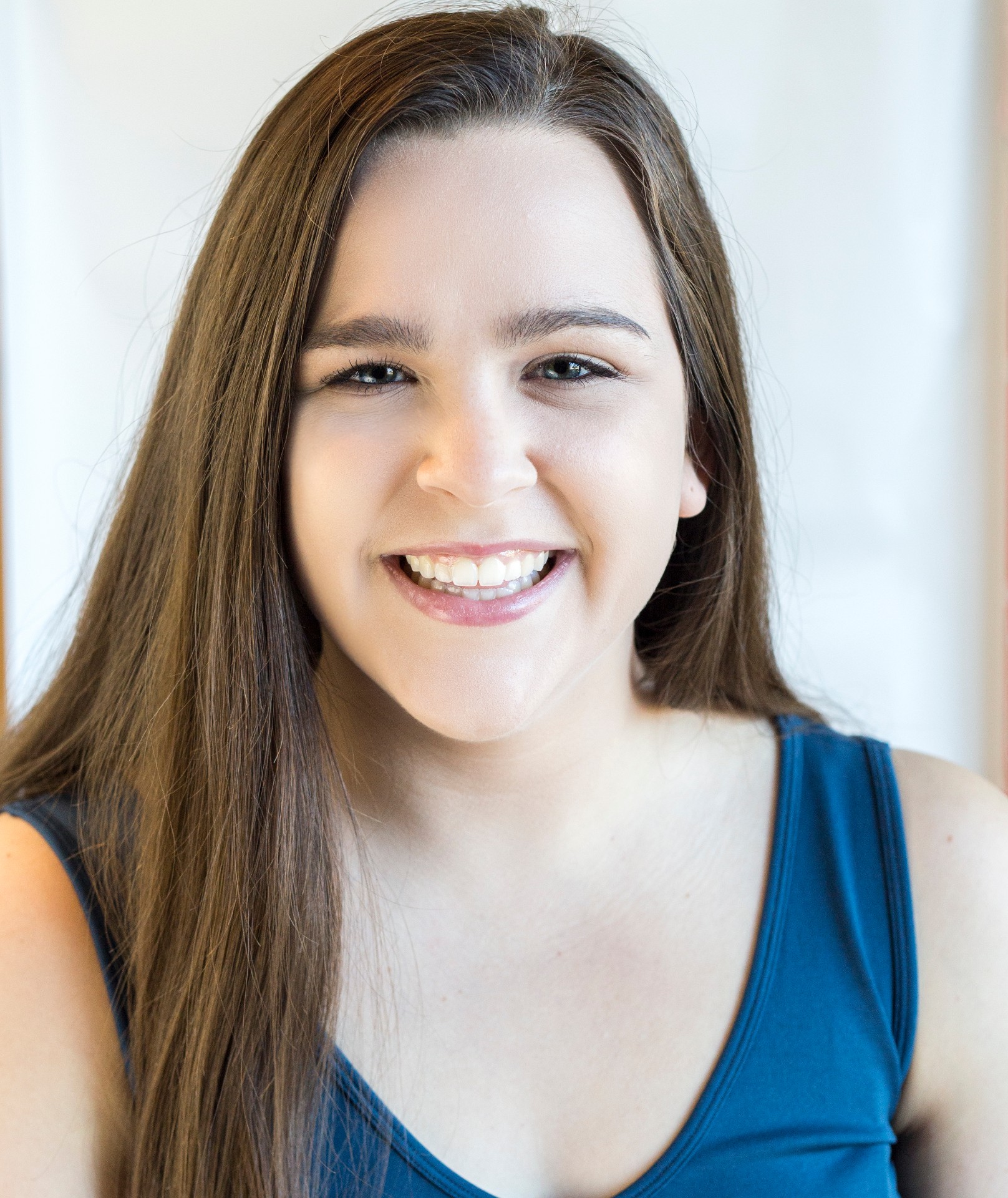 Cassidy Wray is an actor, stage manager, and arts educator based in Lancaster, PA.  Her passion for theatre extends to all aspects of production including teaching, directing, and working front of house. Over the past decade she has worked with companies including Creative Pursuits Studio, DreamWrights Center for Community Arts, Servant Stage Company, Cavod Theatre, PRiMA Theatre, and the Fulton Theatre among others.  As a teacher, Cassidy strives to create a safe physical and mental space to create art while motivating students to achieve beyond their expectations.  This past October she directed Lancaster Bible College’s production of You’re a Good Man Charlie Brown which was streamed across the country.  She will graduate in December of 2021 with a BFA in Musical Theatre and looks forward to what the future holds.

We offer 100% refund within 30 days of camp/class start date and 50% within 2 weeks of start date. If you choose to withdraw less than 2 weeks before (including during the camp), no refund will be offered. If DreamWrights cancels a class/camp due to low enrollment, a full refund will be given.