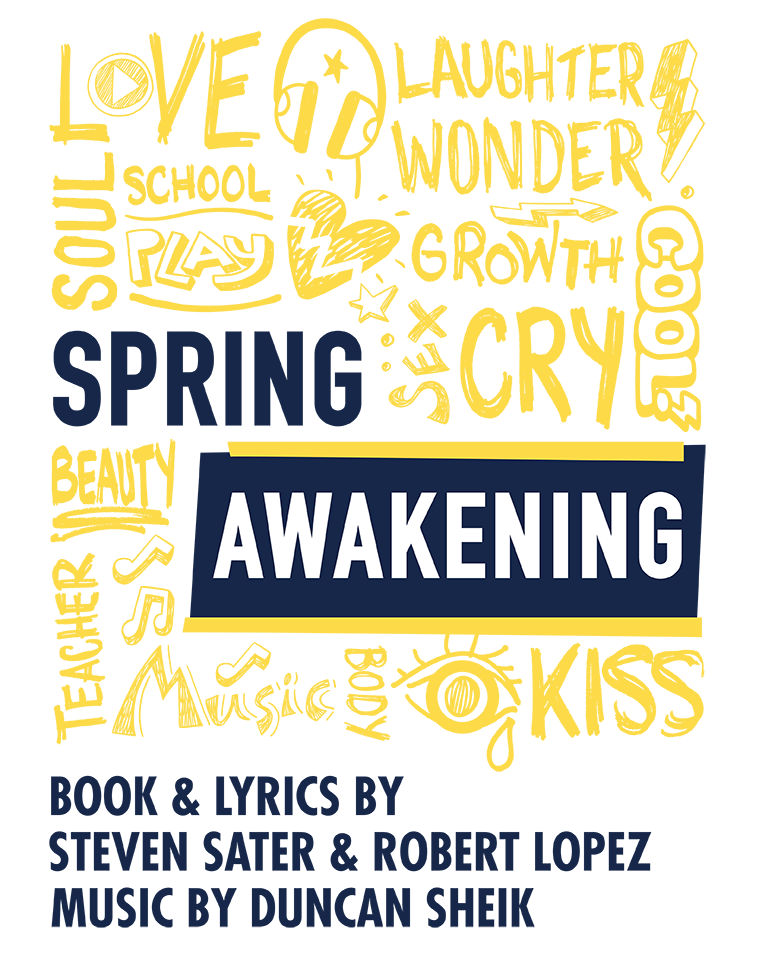 An angsty rock musical adaptation of the seminal play about the trials and tribulations of growing up.

Spring Awakening is a coming-of-age rock musical with music by Duncan Sheik and a book and lyrics by Steven Sater. Set in late 19th-century Germany and based on the controversial play by Frank Wedekind, this electrifying musical tells the story of a group of teenagers as they embark on the journey from adolescence to adulthood. The winner of eight Tony Awards, including Best Musical, Spring Awakening is an electrifying fusion of morality, sexuality and rock and roll. This show contains mature content not suitable for children

In advance: General Seating $14
Reserved Seating $18
At the door: $2 more per ticcket

Theatre doors open 30 minutes prior to the performance.

Masked are welcomed but not required in our building (at this time).

If you are offered a role in the production, the production support fee of $20 (members) or $30 (non-members) must be paid on or before the Information Night. The fee may be paid by cash, credit card, or check payable to DreamWrights. Scholarship funds are available to cover all those in need. For scholarship assistance, please contact Ann Davis.