Going Big with her Little

Ashley Howard, enjoys theatre. But when she took her “little” to see a Christmas show at DreamWrights, she didn’t anticipate landing an on-stage part in Jane Eyre literally one week later.

Ashley and her “little,” Don’Asia, met three years ago when they were paired together through a Big Brothers/Big Sisters school based program. Ashley remembers, “It was interesting when we first met. Before we were matched up, Don’Asia looked at me and I said to a classmate, ‘I think that’s my little right there.’ That first day we looked at each other I just knew.” Sure enough, Ashley was right. They were matched up.

When the school-based program ended and Ashley graduated from York College with a degree in Behavioral Science, she was offered a job locally.  Instead of heading back to her native Philadelphia, she decided to take the job. “I figured it was a way to stay in York, and I would still be able to see my little sister now that the program was over. I could do more than just help with homework.” 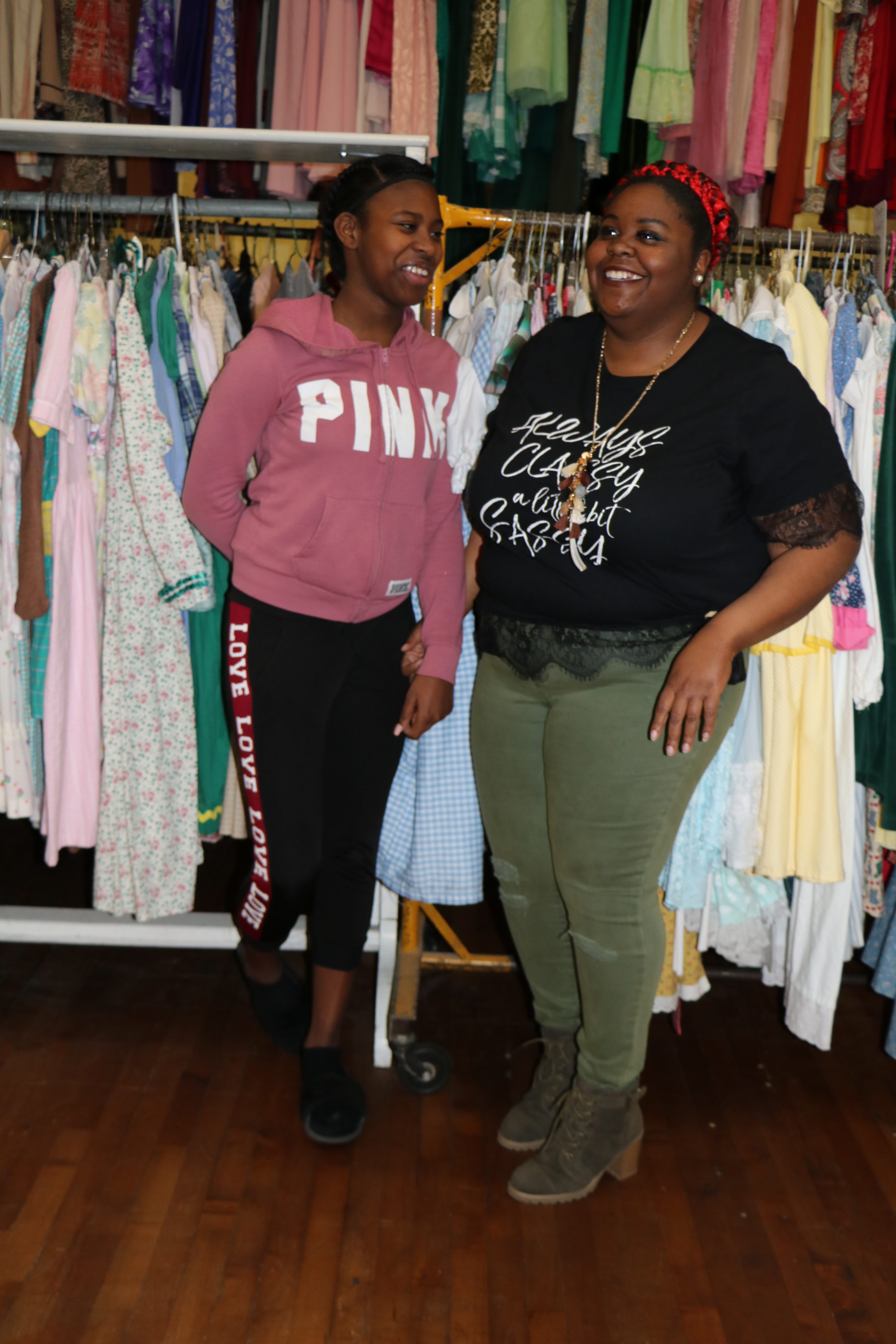 Ashley had been trying to get Asia to like theatre since they met. When they had an opportunity to see It’s a Wonderful Life at DreamWrights, Asia was excited and asked Ashley if she would take her. Ashley remembers, “About half way through Asia said, ‘Can anybody act here?’ and I said, ‘Well, I think so. It’s a community center.’” Ashley shares that what intrigued Asia the most is there were people her age, and of all ages, in the production.

Ashley recalls, “At the end, the director announced auditions coming up for the next play. Neither one of knew what the play was.” But Asia didn’t care. She had three days until that audition and she was ready to give it a try. Ashley continues, “She looked at me on the car ride home and said, ‘Do you think I can audition?’ and I said, ‘If that’s what you want to do I’ll bring you back on Monday and we’ll see what happens.’ That’s how we fell into it!”

Ashley signed up for stage crew or some other behind-the-scenes position. But, she said she would consider an acting part if Asia was cast so they could be together and have the same schedule for transportation. Asia was shocked but thrilled that she got a part…and so did Ashley!

Ashley says that after some initial nerves she sees more confidence in Asia. “She’s excited and happy to go to rehearsals. Her confidence is growing, and she’s fine talking with other girls. She knows her lines. She learned them really fast.” Asia agrees, “I get along well with the other girls and I like playing with them when we’re not on stage. I feel more confident about my role and I’m not as nervous as I was before.” 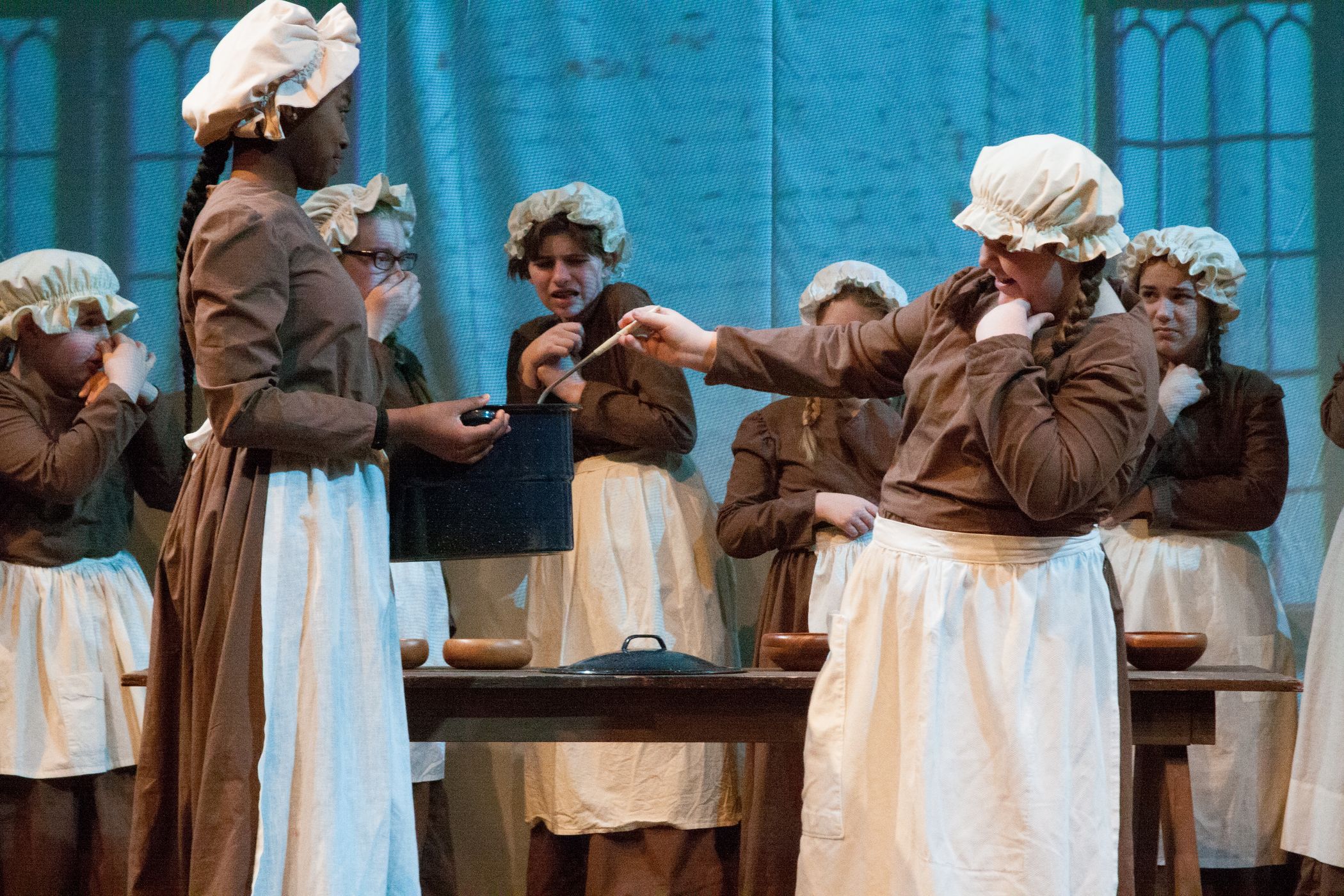 A sixth grader at McKinley Elementary school, Don’ Asia spends a lot of her free time cheering competitively.  Ashley currently works for Shadowfax Corporation as a Program Manager. They love to go shopping together and out to eat. As for Asia’s future, Ashley asserts, “She’s going to be a doctor. I have her life planned out.” However, for the foreseeable future, both Ashley and Asia say that they hope to audition again. Ashley vows that she’s coming back for Becky’s New Car! Asia declares, “I want to come back and try out for the Seuss Christmas play and for Bridge to Terabithia.”

Come see Asia and Ashley in their DreamWrights debut. Asia will be playing the part of schoolgirl, Emma, and Ashley can be seen as Bertha Rochester. Jane Eyre runs Thursday, February 8 – Sunday, February 11. Visit www.dreamwrights.org to reserve your tickets.